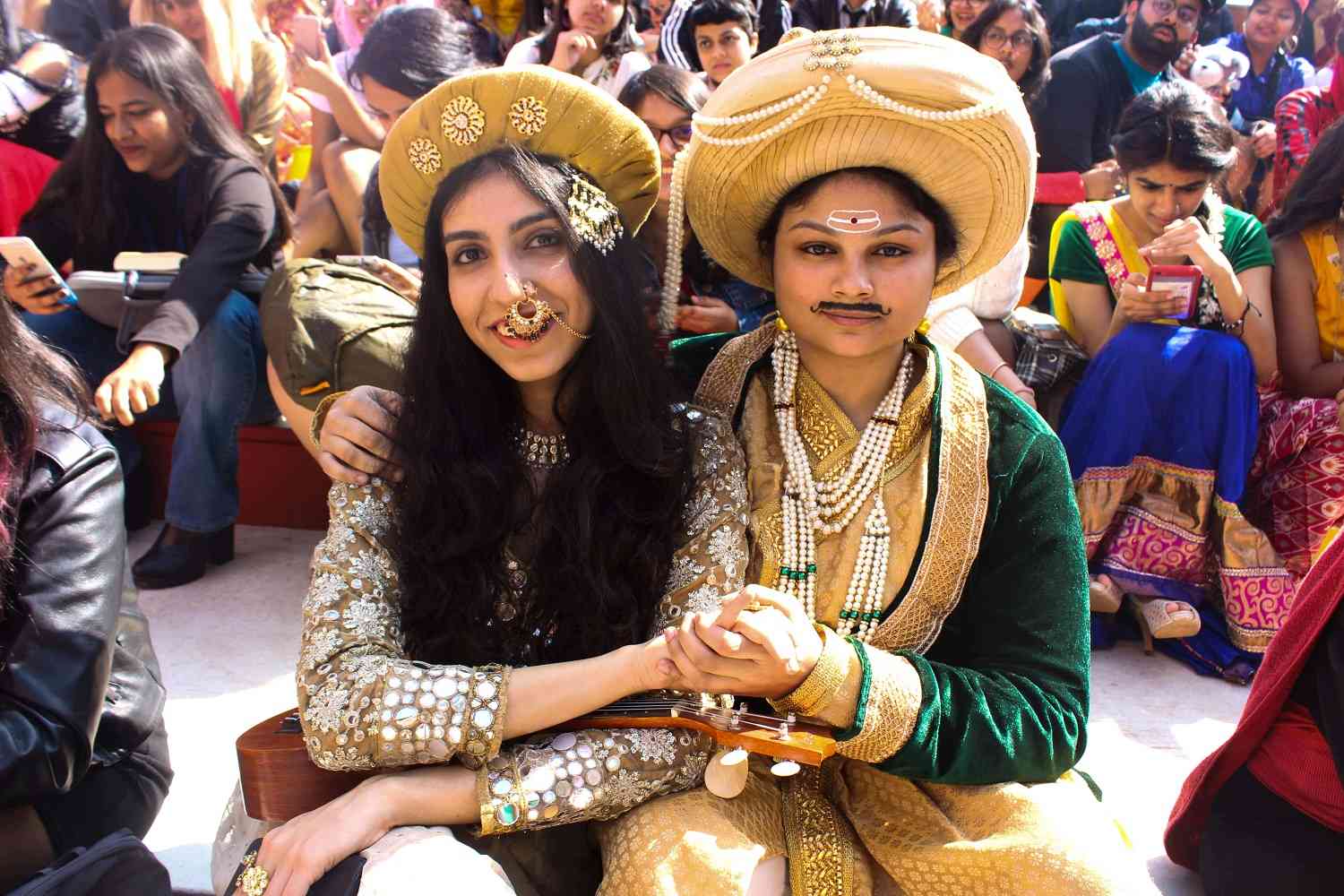 The students of Symbiosis Centre for Media and Communication came together for their annual film festival, The East Side Story (TESS) on January 23 and 24, 2019. TESS, a two-day festival and a culmination of all facets of cinema, aimed at creating a supportive community of filmmakers by giving students from various institutions from across India a chance to showcase their creative work. The theme for this edition of TESS was, “Cinema through the ages.”

After a three-year hiatus, TESS kicked off with the most anticipated Cinema Day Celebration – a day when the students had the liberty to dress up as any character from their favorite movie or TV show. Right from picking their best-loved characters to perfecting their outfits, the students didn’t leave any stone unturned to get the right look.

The characters that students turned up as was a vibrant range from Spiderman, Hermione Granger (Harry Potter series), and Gamora (Avengers series) to Mastani (Bajirao Mastani), Raj (Raj Kapoor from the iconic Bollywood film Shree 420) and Circuit (Munnabhai MBBS).

“I made everything from scratch, using foil, tape, threads, clear wrap based on YouTube DIY videos. I just wanted to make sure my outfit was perfect”, said third-year student Sayali Gatne on receiving the title of best dressed from her batch as the famous Disney character Maleficent.

Netflix India recognised the effort of third year students Pranav Krishnan and Mahima Ganesh on Twitter by retweeting their photos. The duo had come dressed as Eric Effiong and Maeve Wiley, respectively, from the hit Netflix series Sex Education.

Myriad other events like a mimicry contest, dialogue delivery challenge, and treasure hunt kept the adrenaline of the crowd high. A 24-hour short film challenge was also declared for interested students.The second day of the event was directed towards showcasing students’ filmmaking skills.

Eminent personalities like Prashant Pathrabe, director general of Films Divisions of India, Praveen Muldholkar, bureau chief of News 18 (Nagpur) and Avinash Gawai, national secretary of Public Relations Council of India were present as special guests. “Films are an epitome of expression in terms of communications. It has been an honor to be a part of a festival which celebrates films in this manner”, commented Mr. Gawai. Student-made short films competing under various categories for the title of the best film were screened.

Another event that caught the fancy of the students was an interactive session on cameras held by Fujifilm.

The two-day event came to conclusion with the declaration of winners and the prize distribution ceremony with an array of prizes being given out. A screening of the cult classic Pulp Fiction was set up for the students as a tribute to the art of cinema. As John Travolta and Samuel L. Jackson delivered their now-iconic performances, students watched with rapt attention, wondering who amongst them will be the next auteur of a future classic.