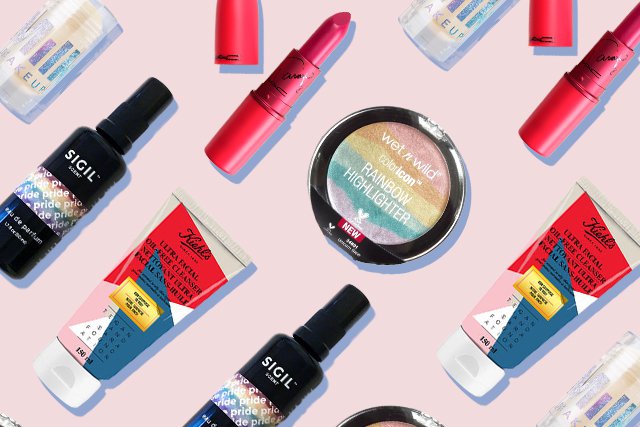 For centuries and even till date, members of the LGBTQ+ community have been subject to discrimination, unfair biases, societal isolation etc. They have been labelled as people with physiological and psychological abnormalities and also criminalized in several countries across the globe.

One might think that with the very recent and widespread acceptance and appreciation of the LGBTQ+ community amongst the youth, the community might finally receive the justice that society has owed them. However, in recent times, the popularity and widespread support that LGBTQ+ acceptance has garnered has made the people of this community, victims of an indirect exploitation.

The month of June is declared as the Pride Month, a month that celebrates diverse people and different sexualities. It signifies the struggle for acceptance by the people of this community, generates awareness about the plight of these people and urges people to open up their minds and accept, respect and love individuals who are different from them.

Several businesses have taken advantage of this, developing products and advertisements that seemingly promote the popular symbols (such as the rainbow) which are used to represent the LGBTQ+ community.

The funny thing about these brands and businesses is that, despite overtly displaying a strong support for this community through the products they sell and the advertisements they deliver, the companies have actually done nothing that actually benefits the community.

Year round, these businesses remain mum about such causes and express no desire to support the cause of LGBTQ+ individuals (the CEO’s and staff of some companies have gone so far as to deliver homophobic comments). However, as soon as discussions and awareness about the LGBTQ+ movement wells up during Pride month, these brands begin to sniff out an opportunity for marketing and introduce products that they believe will keep them ‘trending’.

Yes, a brand that has a record of supporting the LGBTQ+ community year round, has provided these individuals with support, jobs, an opportunity to come out etc. or those that donate the profits collected from selling LGBTQ+ inspired merchandise to NGO’s working for the LGBTQ+ community have every right to continue selling products representing this cause and putting out advertisements in relation to the cause.

The problem begins when the companies act selfishly, abusing a genuine societal problem and turning it into a machine to earn profits for themselves. A T-shirt stating ‘love is love’ or having rainbows scattered across it does not indicate support nor does it help with the struggles of this community in any way.

The multiple major brands including Target, Adidas, Forever 21, H&M, Fashionnova and Shein have been amongst those releasing LGBTQ+ inspired merchandise without contributing  to the cause. They seem to be motivated solely by the gargantuan profits they are able to generate during the month. Even food companies have monetized this cause and have introduced products like ‘Queer’ burgers which are an insult rather than an appreciation to the struggling LGBTQ+ community. They need support and acceptance, not burgers being named after their sexual preferences.

Brands exploiting the Pride month for their profit is about as heinous as the Pepsi ad featuring Kendall Jenner which exploited the ‘Black Lives Matter’ movement. These brands may not have received as much backlash as Pepsi did for the insensitive ad but people are gradually growing aware of these ploys and beginning to speak up against the exploitation of the community’s tough struggle.

Acting as a tunnel of light in the darkness, certain brands have genuinely stood up in support of the LGBTQ+ community with Nike, Gap, Abercrombie and Fitch, American eagle, Converse etc. donating from 5 to 100 % of proceeds collected to NGOs working for this community as well as hiring models and staff from the LGBTQ+ community. These brands must be supported and serve as a reminder to all the profit-centric brands of the social responsibility they hold.

The LGBTQ+ community must be reminded that they matter year round, not just during pride month.