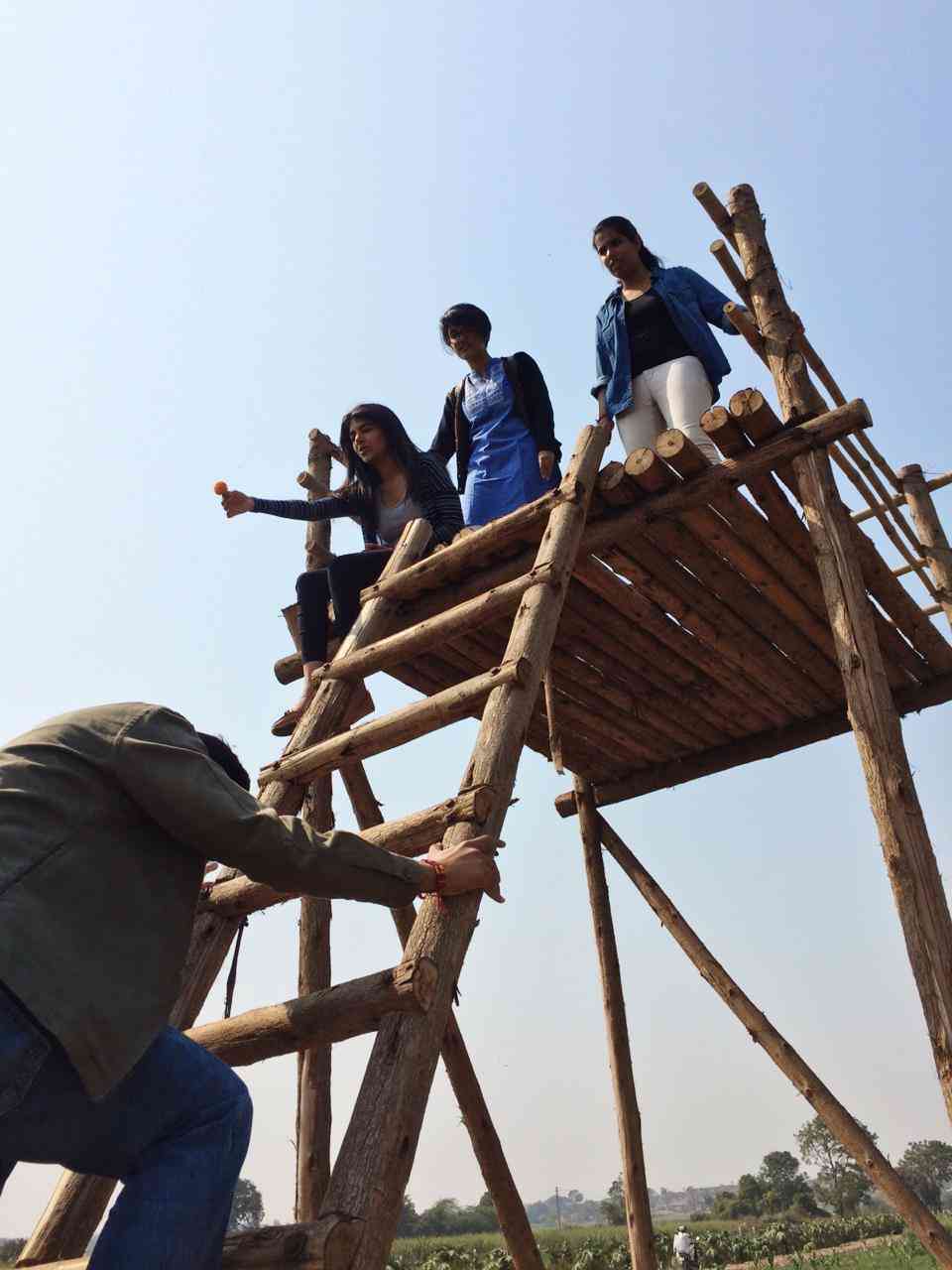 “The urban elites can never form policies for the rural good”

Such phrases have become increasingly commonplace in the country whenever one discusses governance and policy making at large. It isn’t without reason though. India’s policy makers, often entrenched in their air conditioned cubicles, don’t make policies which the large majority of this country — rural, not well off and dependent the most on government actions — find to be working for them. For journalism students, it is increasingly important to be aware of them and grasp a holistic understanding.

The third year journalism students of SCMC were taken to Shindewadi, a ‘model’ village just 30km to the east of Pune, the exact location being Saee Farmstay and Agrotourism hub. The date was 31st of January, 2019 and they left for the trip at around 10 in the morning, accompanied by Professor Vidyabhushan Arya.

They were greeted by Mr. Langde, who runs the agro tourism and farm stay property. He is a social activist, a politician and a prominent personality in the village and nearby areas, having twice been the sarpanch of the village.

The students were given a tour of the gram panchayat office to see its workings. They were informed about the three-tier structure of governance, and what it lacked in terms of effective functioning. Next was a trip to the fields where they saw a variety of crops in different stages of growth.

The batch had a free-wheeling discussion with Mr. Langde on a range of topics — from how the one-size-fits-all approach of the government has been ineffective, on how policies have impacted their lives, their views on the way out of rural distress, and so on. It was a thoroughly enriching experience and opened everyone’s minds to fresh ideas and perspectives.

Following this, the students were given a tour of the animal farms, learnt a bit about the farming process for a few crops and tried their hands at fishing. A sumptuous, traditional lunch served by the hosts topped off the visit.