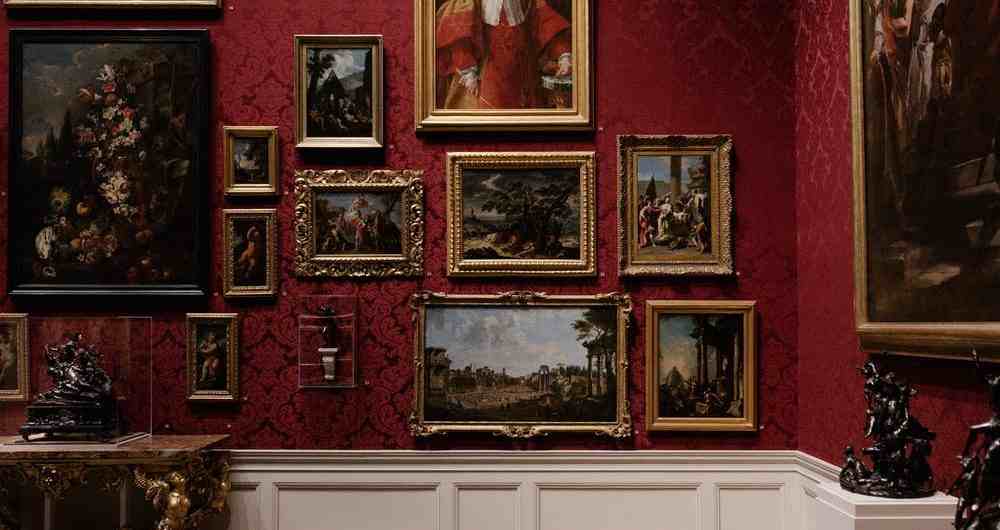 16th February 2021 – It was a pleasant morning and I had just finished with my first half of online classes. My friend who had been visiting from Pune, called me with the Pinterest app opened on her phone and in complete boredom. “I want to see art,” she said sighing, “Where are all the galleries and museums of Dilli that everyone talks about?” “Right here. You just need to pull out your metro card,” I said, and an impromptu plan to visit the National Gallery of Modern Art was made.

Established in 1954, NGMA is situated at a central location of Jaipur House in New Delhi. As we entered, we were greeted by mask covered smiles and no contact thermometers. The entire place was well groomed like it awaited a bunch of wandering artists to come its way in hope of inspiration. The board at the reception read the rate of tickets. I found it rather unique that even in today’s world (and economy), you can enter the world of cherished art and renowned artists for about Rs.20. That’s all it takes. That, and of course, shared interest and appreciation of art.

NGMA has a funny rule. You can record the art but not yourself and your companions. It’s like a reminder for you to move out of your own head space and lose the narcissism for a while. The paintings range from minimalist to grand. They are accompanied by boards that give you a backstory and of course, their individual descriptions. The descriptions caught my eye as much as the art did. My favorite one being the “Human Scream”.

There are more than 1700 works created by 2000 plus artists which have many interpretations. But all of them have one thing in common– they all make you feel an emotion. One which might be of mystery or melancholy. Might be everything or might be nothing but trust me, it’s definitely something.

NGMA has about 4 levels. From paintings to sculptures, you have got them all. It feels as if you have entered a world of personal stories and self-reflections. It’s beautiful how some of the self-portraits depicted the artists, not just in a factual way, but in a way that they perceive themselves. The colors aren’t just aesthetic but descriptive of emotion’s the artist might have felt.  It’s relatable at times; the distorted perception and the sheer confusion, yet the want to create, it’s understandable.

Some pieces manage to create a wonderful paradox in the sense that there is such detailing in the work but ambiguity in the thought portrayed. The range is absolutely delightful, right from Amrita Shergill’s “Unfinished journey” to Gaganendranath Tagore’s depiction of witty caricatures.

We made our way through different levels, making sense of different works, asking different things to different people. The boards were informative but the people working there had more to say. Those who had spent their days looking at the art had their own little anecdotes preserved in the place. Even the lighting in NGMA creates your silhouettes in art, suggesting that you might find yourself if you look hard enough.

Once we had seen all there was to see, we proceeded out to sit under a banyan tree and get our stories uploaded (of course, we had to). We were greeted by a friendly dog and more wanderers. The art wasn’t just inside but in every corner of the NGMA premise. But then I think it isn’t just NGMA but Delhi. The city is not just the home to art, but Art itself. There is a mini gallery in every street, there are stories in every house. It’s a place where wanderers find abode.