The pandemic and consequent lockdown have brought the whole world to a standstill. While everyone is wondering about how to keep themselves engaged, SCMC once again proves that ‘the show must go on’ no matter what. The students of SCMC witnessed and enjoyed the first ever online intra-college fest, Satrang, scheduled between 7th September – 13th September 2020. The electrifying ambience, positive aura, energetic performances, hoots and claps on campus were sorely missed. However, it was compensated with the double enthusiasm and immense support by the students online.

Satrang, literally meaning seven colours of the rainbow, symbolized the vibrancy, uniqueness and diversity of the events organized. The whole week was filled with an extravaganza of literary, artistic, dance, theatre and musical events. Each event was organized in a way to unearth the creative abilities of the students. The students witnessed the splendours of the online fest, right from the prelims till the finale. The highlight event of Satrang was the Treasure Hunt which saw a massive registration of 200 teams. The events and cultural team created a buzzworthy and wacky Instagram page for it. The spirit and zeal of the festival was maintained throughout the week, by adding ‘Shamiyana nights’ and ‘Covidopoly’ to the event list. These were open mic sessions and monopoly game nights organized every evening via Instagram live sessions and zoom meetings respectively. 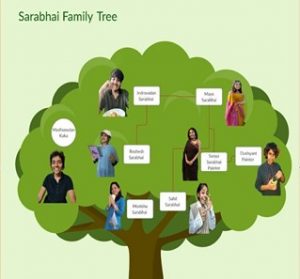 The promotions of Satrang were also as diverse and unique as the name. The hype on social media platforms proved that Satrang was the talk of the town! SCMC took over Twitter during the ‘Tweet Cute’ event organised by the Advertising club. Companies like Dunzo also joined in by retweeting and commenting. Not only this, students from all other campuses of Symbiosis were surprised to see the buzz and supported SCMC by tweeting along. Many other colleges wanted to inquire about the fest and contacted the officials for details. SCMC’s closing ceremony video, which gained huge number of impressions within an hour itself, was re-posted by @campuslly and other student networks on their Instagram stories. The almost endless number of events were judged by some of SCMC’s notable alumni and some distinguished personalities in the arts field. Tuhin Kalia, an improv comedian and the judge for the theatre event ‘Whose Khel is It Anyway?’ shared his experience of judging the finalists. “These students are a powerhouse of immense talent. I’ve never found judging improv events to be so difficult, they are beyond ready for the prevalent Improv scene in the market!” he added. 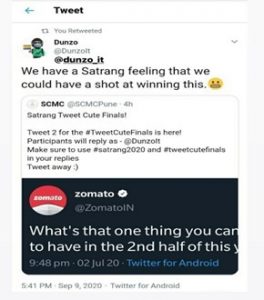 The closing ceremony of Satrang was held on 13th September 2020 through an Instagram live session. Ishika Sharma, Kunal Gandhi and Krishangi Ghai, the Cultural Coordinators for 2021 commented “Satrang started as just an idea in progress. Little did we know, that despite the pandemic striking and college happening online, we would still be able to pull off this fest at such a grand scale. Kudos to the entire team! GG.” The fest was concluded by announcing results for all the events and a huge surprise was kept in store for all the students. It is true when people say, ‘the best should be saved for the last.’ A team of seven people (Akshat, Anantjeet, Vibhav, Yashi, Kabir, Harshwardhan and Avinav) from all the batches worked together in re-creating the SCMC campus on Minecraft. After one month of tedious hours and hardwork, the video was released on SCMC’s official Instagram page. “From what started as a joke, this has transpired into an experience for us all to enjoy and reminisce about. GG” the team says. 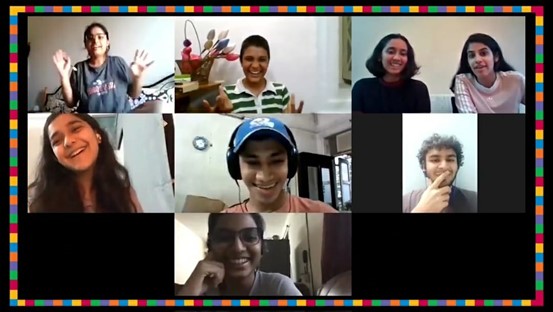 The Cultural Co-ordinators of Batch 2022, Malavika Binu, Trisha Welde and Abhilasha Jingar further added, “Despite the distance, the whole team worked closely with each other. The main motive behind Satrang was to welcome the new batch and re-connect with each other.” The whole experience was new and exciting for all the batches, but watching the enthusiasm of the new batch even though they haven’t been on campus has been motivating. “I loved how the whole fest experience was shifted online, with proper usage of all online platforms, to give us that adrenaline rush which is vital during fests” says Paridhi from Batch 2023. College fests are an integral part of the student life. SCMC ensured that the current circumstances shouldn’t act as a barrier to this. The Organising Committee left no stone unturned to make this fest a benchmark and memorable one.

Previous PostPassionate Hard Work is the key to Success: Interviewing Gunjan MenonNext PostSports : My Highlight in the Lockdown
0Shares