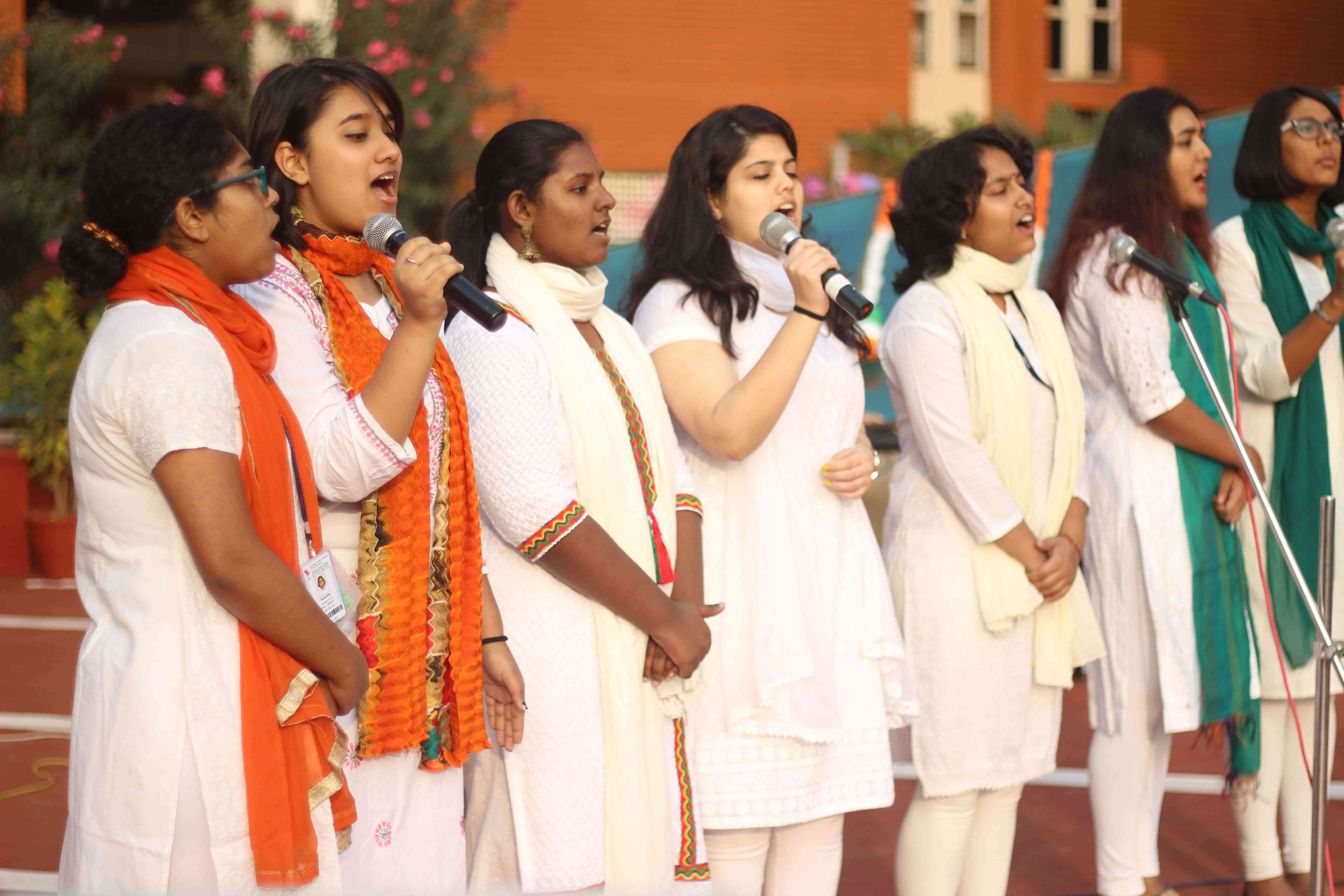 The 70th Republic day of India was celebrated in Symbiosis’ old Viman Nagar with joy and enthusiasm and the students of SCMC, Pune, made sure that it was no less zealous.

The program began with the comperes telling the audience about the significance of Republic Day and providing them with some general information about the adoption of the Indian Constitution.

After the introduction of distinguished attendees of the event, Dr. Sreeram Gopalkrishnan, Officiating Director of SCMC, Ms. Adhya Sharma, Director of Symbiosis Centre for Management studies and Mr. Sanjeevni Ayachit, Director of Symbiosis Institute for Design, the three directors, accompanied by Colonel C.V. Mohan, hoisted the ‘Tiranga’. Following this national custom of hoisting the flag, a melodious rendition of the National Anthem was played.

Dr. Sreeram Gopalkrishnan also delivered a motivating speech about how each and every citizen of India can play their part in their country’s progress by diligently doing his or her own job and one does not necessarily have to stand at the border to render national service.

The students of SCMC had organised a cultural program in order to instil patriotism and appreciation for our local art forms in the audience. It included a beautiful medley of popular Bollywood songs ‘Ae Watan’, ‘Kandho se kandhe’ and ‘Des rangeela’, sung by nine students with two students accompanying them on the keyboard and the guitar, an energetic classical dance performance, a graceful dance performance on the tunes of ‘Khoon chala’, ‘Maa Tujhe Salaam’ and ‘Chak De’ and finally paying homage to the linguistic diversity of India- a group of singers and musicians took to the stage in order to perform the final piece which sent the spirit of nationalism coursing through everyone’s veins.

The students performed the songs ‘Bharat Humko Jaan se pyara hain’ in Hindi, the Tamil version of the same song called ‘Tamizha Tamizha’ and ended with a melodious poem in Bengali composed by Rabindranath Tagore.

In order to show gratitude, each head of the non-teaching staff groups (the security personnel, the house keeping staff, the administrative staff) were treated as special guests and were felicitated individually.

The event came to a rather sweet ending when all the children in the audience were invited on stage and presented with a pack of chocolates.

With hearts empowered with patriotism and renewed love for the achievements of their country, the audience and participants dispersed for refreshments, continuing the rest of the celebration for their beloved nation within their hearts.