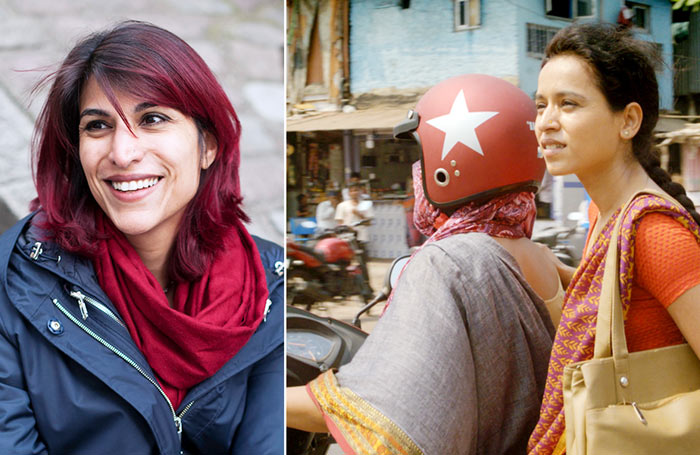 The students of SCMC were fortunate enough to interact with Ms. Rohena Gera, a critically acclaimed writer and director, to ask about her process of making and releasing an independent film.

Having graduated from Stanford University, California, with a Bachelor of Arts in Creative Writing and English, Ms. Gera was sure she wanted to become a writer. She completed her Master’s degree from Sarah Lawrence College and started working in Development at Paramount Pictures. Since then Ms. Gera has worked in various Hindi TV shows and films. In 2013, she made a micro-budget documentary, What’s Love Got to Do With It, which was the first Indian documentary licensed by Netflix India. In 2018, Ms. Gera wrote and directed Sir, a film awarded by the Cannes Film Festival and The Filmfare awards as well as 22 other festivals across the world. The film released internationally, becoming one of the top 5 Hindi movies to secure the highest ticket sales in France.

Even with all these merits, Ms. Gera believes it is the journey and the hardships she overcame that have molded her into who she is. When she completed her Masters, she approached publishers in New York for her novel’s manuscript, and was rejected multiple times based on the story not being “Indian enough”. Behind success stories, there are years of learning and persistence that take place, she said. Ms.Gera advised the students that if you know why you want to do a certain thing, and what success means to you, it’s much easier to stay focused on your goals.

With her film Sir, Ms. Gera tried to address questions she had been asking her entire life—questions about the deep inequality and injustice that most housemaids feel, and how difficult it is to get rid of the disparity within a household. She had always been conscious of this and she wanted people to tell a story from the point of view of the house help. The format of a love story allowed her to approach the subject in a new and non-preachy manner. Her director of photography, editor and sound technicians were French—this international environment helped her produce a quieter yet fresh perspective of the bustling Mumbai life.

Ms. Gera’s account of filmmaking told the students that directing is a gratifying job that comes after intense writing sessions. Until the universe conspires to help us attain our goals, we should keep working on our craft and grasp all the opportunities coming our way.