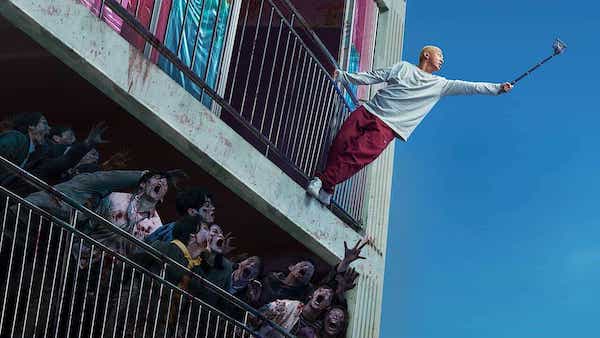 On the 23rd of September 2020, the students of batch 2018-21 had an engrossing lecture with Mr. Kang Mingu, an expert in the field of global media content. Having studied at the Hankuk University of Foreign Studies, Mr. Kang conducted a session on the popularity of Korean content around the world in the 21st century.

He introduced the term “Hallyu Wave,” coined by Chinese media to explain the popularity of Korean media and K-Pop as a global phenomenon. He discussed the meaning and etymology of the word, and spoke about how the success of Korean celebrities like Psy and BTS have provided impetus to Korea’s economy. Mr. Kang also elaborated on the different forms of media that comprise the Korean media market. This includes the local cable channels such as JTBC or Mnet, cinema, YouTube, Netflix, and the main three television broadcasting systems: KBS, MBC, and SBS.

Mr. Kang talked about numerous Korean films that are need-to-know for any budding Korean cinephile keen to ride the Hallyu Wave, such as #Alive and Time to Hunt. He also educated students about underrated content that might not have hit peak popularity internationally, but was of stellar quality. Drama recommendations rained in from various genres, including historical, dystopian, comedy, and slice of life.  A great example of the same is Kingdom, a Netflix, period drama that has zombies and a tense atmosphere throughout two seasons.

While providing a glimpse into Korean dramas, content creators, and variety shows, Mr. Kang explained how some shows, like Running Man and Knowing Bros, were so popular that idols grappled to star in them. Finally, he took the students through a detailed analysis of content creators on YouTube.

Popular genres of viral Korean content include dance and music, and are the reason why K-Pop stands out internationally. On the other hand, famous content creators such as Dung gae dung (DGD) are experts in the world of mukbangs and ASMR (Autonomous Sensory Meridian Response). A mukbang is  an eating show which is often live-streamed, with the host consuming a significant amount of food while engaging with the audience. Many mukbangs are among the Top 10 Korean YouTube channels.

Through this engaging lecture, Mr. Kang has not only tempted the students to dive into the plethora of content Korea has to offer, but he has also encouraged them to explore the nuances of the nation’s global cultural phenomena.

The Competitive Advantage of CRM in Media

The Whole World and Then Some More