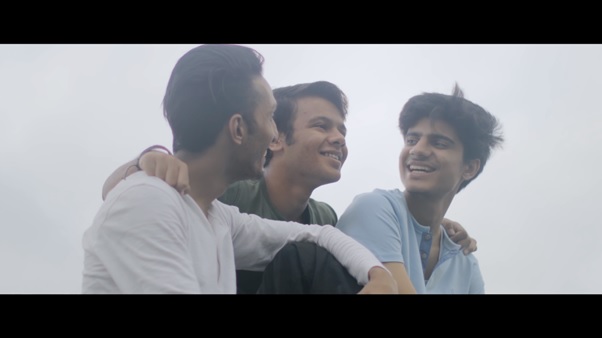 FILM REVIEW: Baarish by Sarthak Verma is a mellow, poetic tale about the discovery of oneself through loss — a subtle blend of memories and reality, and all-in-all an ode to hope, which takes you on a roller-coaster of emotions. Through strong troughs and crests, the narrative builds up into a crescendo and ultimately leaves a lump in your throat, a warm hug of hope.

The vital essence of Baarish, the airy ambient subtext as well as the monsoon-marmalade aesthetic appeal, demands natural understanding. Its cinematic grammar has more of internal eloquence than outer, and makes you contemplate the bitter-sweetness of the expedition called life.

Themes are relatable, universal and refreshingly attempted — the loss of friends, rekindling the past, long-kept promises, and the desire for happiness. The movie tightly encapsulates the emotion of hollowness and hope that the protagonist experiences, and the viewers are stirred because the experiences and bonds are so relatable.

A particularly fascinating aspect of the film is coming to terms with the spirituality of life: that answers can sometimes be found in the most random of things. Things as regular and as trivial as a conversation with a taxi-driver. That life and connections are fleeting and existence can be unpredictable in more ways than one.

Masterfully drawing symbolisms and parallels between a popular story about an old man anticipating a letter from his daughter that finally reaches to him on his grave, the narrative starts on a dramatic tone, gradually pacing into a more airy, breathable, field of feelings as it makes its way through issues such as xenophobic attacks on Indian students in Australia, trauma, keeping a sacred promise, and bonds you don’t easily let go of.

The loss of people throughout life and the agony caused by it gives the viewers a platform to connect to the movie on a subliminal level. The movie is a subtle, but fruitful reality check for the viewers where it’s very clearly implied that life goes on no matter what. Exploring the facet of life that grief can sometimes bring people together, the film ends up being the much-required pacifier and enforces belief in the very concept of hope.