Do not listen to anyone else, just follow your own heart and you will be there, someday.

Miss Gunjan Menon, alumnus of  SCMC Batch 2014 first fell in love with wildlife at the age of 3. 24 years later, she is an independent natural history filmmaker and writer with multiple accolades to her name, including 37 international awards and nominations across 14 countries in the world. Recently, Gunjan received the 2020 Rising Star Award by Jackson Wild, founded in 1991 to inspire wonder for the living planet and ignite action to restore and protect it through the power of media.

It was an honour to interview Miss Gunjan and understand her path to success, her dreams, and aspirations. Here is an excerpt from the interview.

Q: Starting off Gunjan, what inspired you to pursue a niche subject like Wildlife Filmography?

“When I was growing up, I remember I had this book on the Amazon Rain Forest, and that’s when I was first intrigued by wildlife. I always preferred reading books on wildlife while others used to read fairy tales and I did not have friends around me who could relate to me, that still has not changed. But, I think as I grew I felt closer to this topic and wanted to work with wildlife, and I chose this medium to tell my stories after 12th grade, when I came across SCMC and it struck me that I wanted to do filmmaking and specialise in wildlife, and was very clear about it right from the beginning.”

Q: I recently came across your short film bringing into light the story of Red Pandas, what led you to make a film like that? 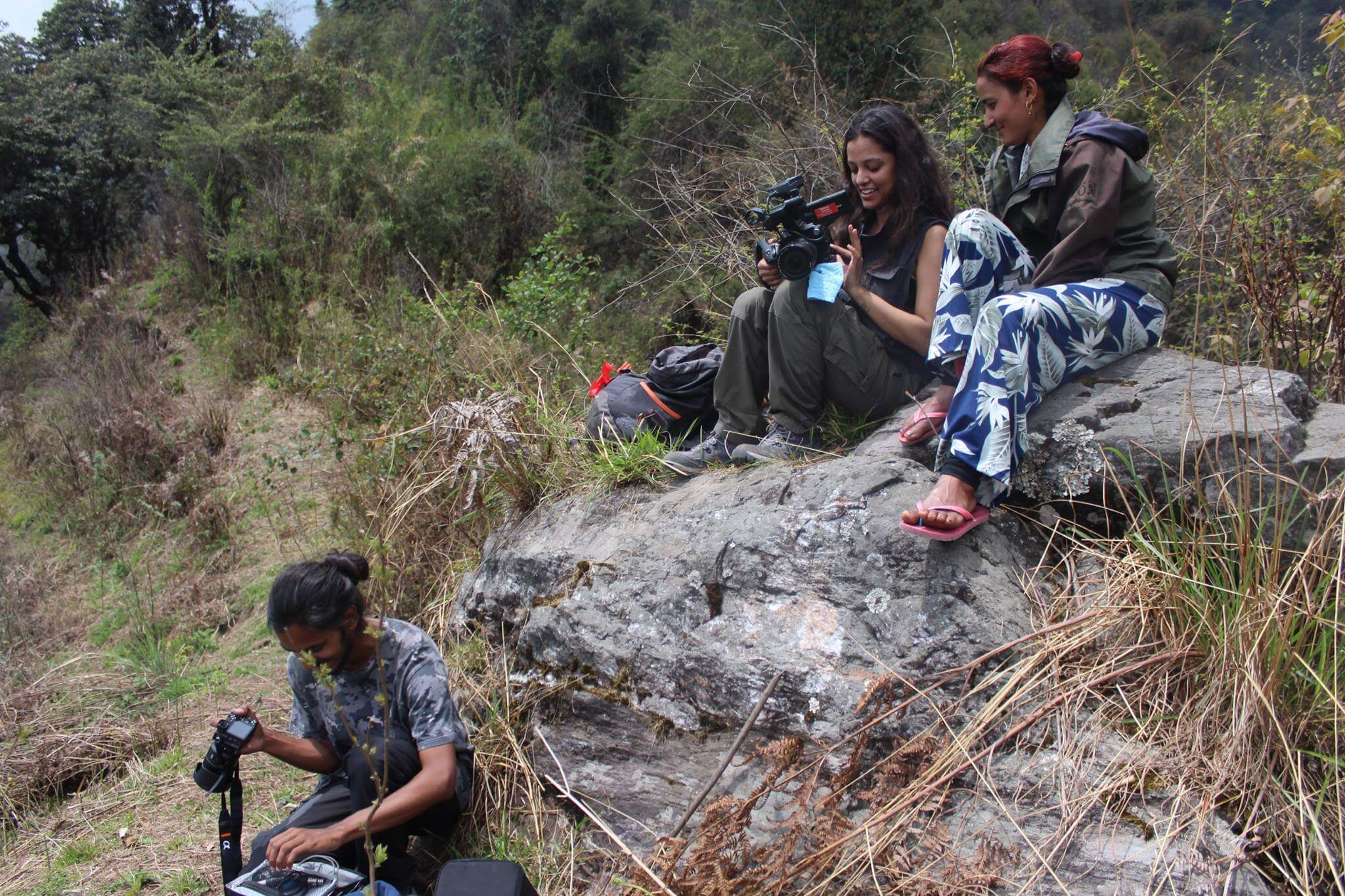 “This was made in Bristol while I was pursuing my master’s in wildlife filmmaking, and we had to make a student degree film. While I was doing my preliminary research, I came across various reports that showed that Red Panda numbers were decreasing at an alarming rate and were on the brink on being a vulnerable species. While discussing this with friends and colleagues, surprisingly they were not even aware that pandas came in red, and that is when I decided to focus my story on this. While doing more research to build my story line, I came across a woman in Nepal, through a blog post, contacted the Red Panda Network office in the USA who put me in touch with this woman, and that’s where this story began.”

Q: You authored a book “Habitats Trust Grants”, how was the experience of writing it?

“This was more of a commissioned project, where I was approached to author it for the Habitats Trust, which is a body that gives out grants every year to support grassroot organisations in India with funding. Basically, I had to research and write about the stories behind these organisations, what inspires them to do the work that they do and how they go on about working in the toughest on-field conditions. Overall, it was a fun learning experience.”

Q: How did SCMC help you with pursuing your career? What was your journey like during the three years here?

“First off, SCMC was amazing because I met my husband there”, Gunjan said in a candid reflex. “Jokes apart, I learnt a lot about good cinema and critical appreciation of cinema at SCMC. I also made my first wildlife video in the second year of college, through this workshop that was organised called the Central Indian Highlands Wildlife Film Festival, which was a 3-day excursion to Sattpura, and a competition in itself. That experience just reinforced the thought in me that this is what I want to do, period, post which I realised that stories of conservation and human interest is what I wanted to tell, and SCMC paved the way for it, and laid the stepping stones.”

Q: BBC’s “Blue Planet 2, live” was an extremely wonderful project for viewers. What was the journey like?

“This was an independent project around the time a Turtle Festival was happening in India, and they approached me to cover it for them. I thought they wanted me to shoot it for them, when they asked me to present the entire project as well, which was something I had not done before. This turned out to be my first such opportunity and it turned out to be really great. It was just for a week, but we gained a lot of insight into the breeding cycles and lives of turtles. Originally it was supposed to be a 2-day shoot, however the turtles took longer than usual to hatch, which also happened to be the first time they were not following their biological clock. This made us realise how much climate change is affecting their life cycles. This was, however an amazing project to work on and it intrigued me as to how they immediately knew what to do, and it was beautiful to watch the process of them moving towards the sea and being able to capture that and deliver it to an audience just shows the power of filmmaking”

Q:  You’ve come a long way; achieving so many accolades at such a young age. What is your next move?

“I did have a lot of plans, but COVID-19 happened. I was slated to work on a feature film on climate change, but everything else is on hold as of now. Thankfully, my husband and I recently finished filming a story, and are in the post-production stage that keeps us busy these days.”

Q: What advice would you give to students in this generation pursuing such niche careers as yours? How difficult would you say is an industry like this to penetrate into? 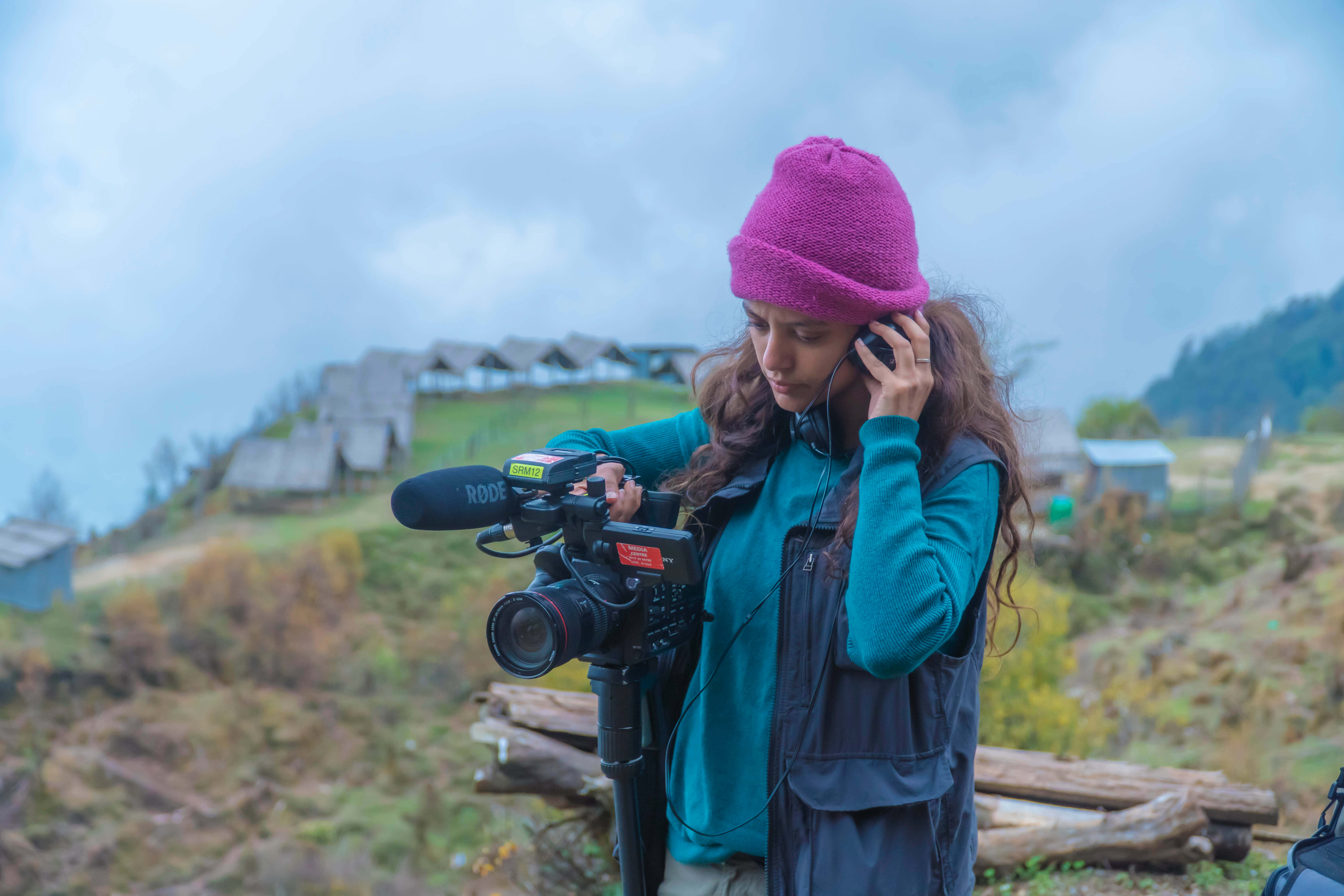 “Honestly, if you are really interested and passionate about something, I feel you can achieve it no matter what. People in the industry are always open to helping newcomers, you can always talk to them without being afraid to approach them because everyone understands. We were all there at one point and are more than happy to help. Most importantly, when you do something you love, it just becomes easier for you, I do not think the process has ever been difficult for me, except of course on field, but that’s a joyful difficult. So, do not listen to anyone else, just follow your own heart and you will be there, someday.”

Q: What has been your most memorable SCMC experience so far?

“I think it was the Film Festival because it really got me going. That apart, the atmosphere at SCMC is incredibly supportive; as batchmates we were always pulling each other up and growing together. The professors were genuinely nice, we always looked forward to classes, club sessions and everything else. Even today, SCMC is a family and I know that if someone has the same training as I did, I can blindly work with them and trust them because at the end of the day, it’s a very professional degree with a very grilled and efficient training. Honestly, that also gave me an edge over others, in terms of my personality and my professional ethics, when I stepped out and I think that’s the case with everyone at SCMC.”

Q: You have worked in various departments all throughout your career, what is your personal favourite and why?

“Yes, I have worked in almost every department I think, be it research, assistant direction, camera work, on-location sound, edit producing, production and even directing! But over the course of time I have come to realise that the creative freedom and authority that direction gives me to be able to mould the story to be what it is, excites me the most, and if I had to choose one, it would definitely be direction. However, based on the scale of the project, I also enjoy camera work and cinematography.”

Q: What is your dream project/dream team to work with?

“At the drop of a hat, if you ask me, the Planet Earth series has had a huge impact on me, and to work in any future Planet Earth film would be the dream. Apart from that, I am quite happy with what I am doing currently, to be able to tell the stories that I tell with such creative freedom, and the dream would just be to continue to do this and have an impact on people and policies. I just want to continue making a difference.”

Talking to Ms. Gunjan assured me that a constant belief in myself and passionate hard work will lead me to my dream in the future. Cheers!