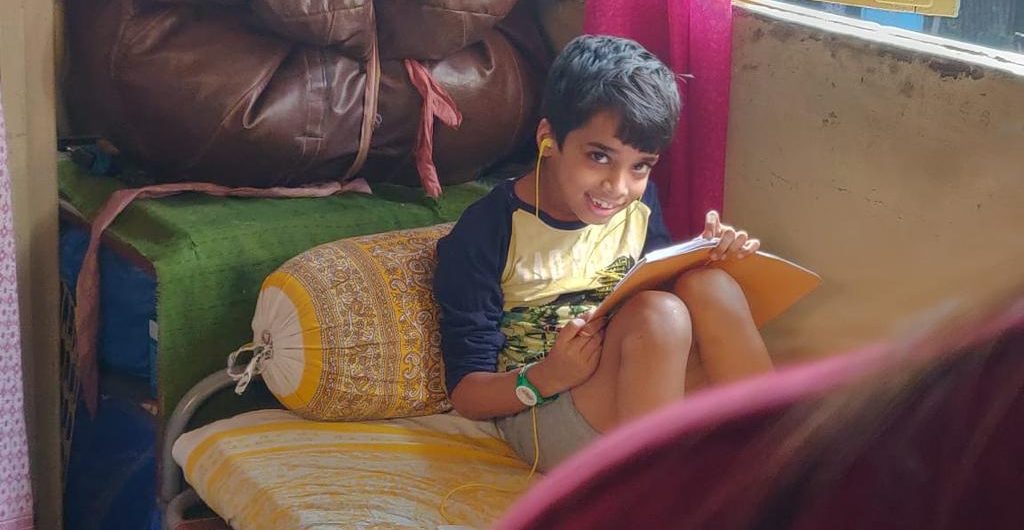 Pardon me, for I am just a child.

Pardon me, for it is my first time.

Gazing down at the ocean of love.

What do you do when your imagination has been captured by a work of art so subtle yet so profound, that you feel the urge to bottle the moment in some personal, immortal vessel? You put a pen on a paper and hope that the verse that comes out does no injustice to the art and its artist. These three short lines of appreciation are my ode to the short film “Pardon?” and to its creators.

Written and Directed by Smera Juneja, Pardon? is a short film which touches upon the intricacies of childhood love and the pure passion with which it is pursued. The story follows Somil, a 10 year old Marathi kid, whose dreamy eyes have shown him the girl of his dreams. She passes by his street everyday at ten in the morning, accompanying her mother, while he gazes at her from his window, a little shy and hesitant to approach, for she doesn’t speak his language.

The old city charm of the location, the melodious soundtrack and the innocence of the child actors reinforces the subtext beautifully, even as the viewer is drawn towards the story, perhaps relating it with some childhood memory of his own.

Pardon? was the First Runner Up of Short Scriptwriting competition in the Indian Film Project 2018. Interacting with the team gave me some insights into the dedicated efforts that went into making the film, which was shot on busy locations, with a cast of talented child actors. The director was serious at realizing her vision for the film, which also inspired the crew to start shooting from the wee hours of the day.

Pardon? is not a lighthearted attempt, it’s poetic in its essence. This three minute film will take you down a memory lane of your childhood.

Previous PostShould They Have Pride in Their Profits?Next PostThunderstruck
0Shares