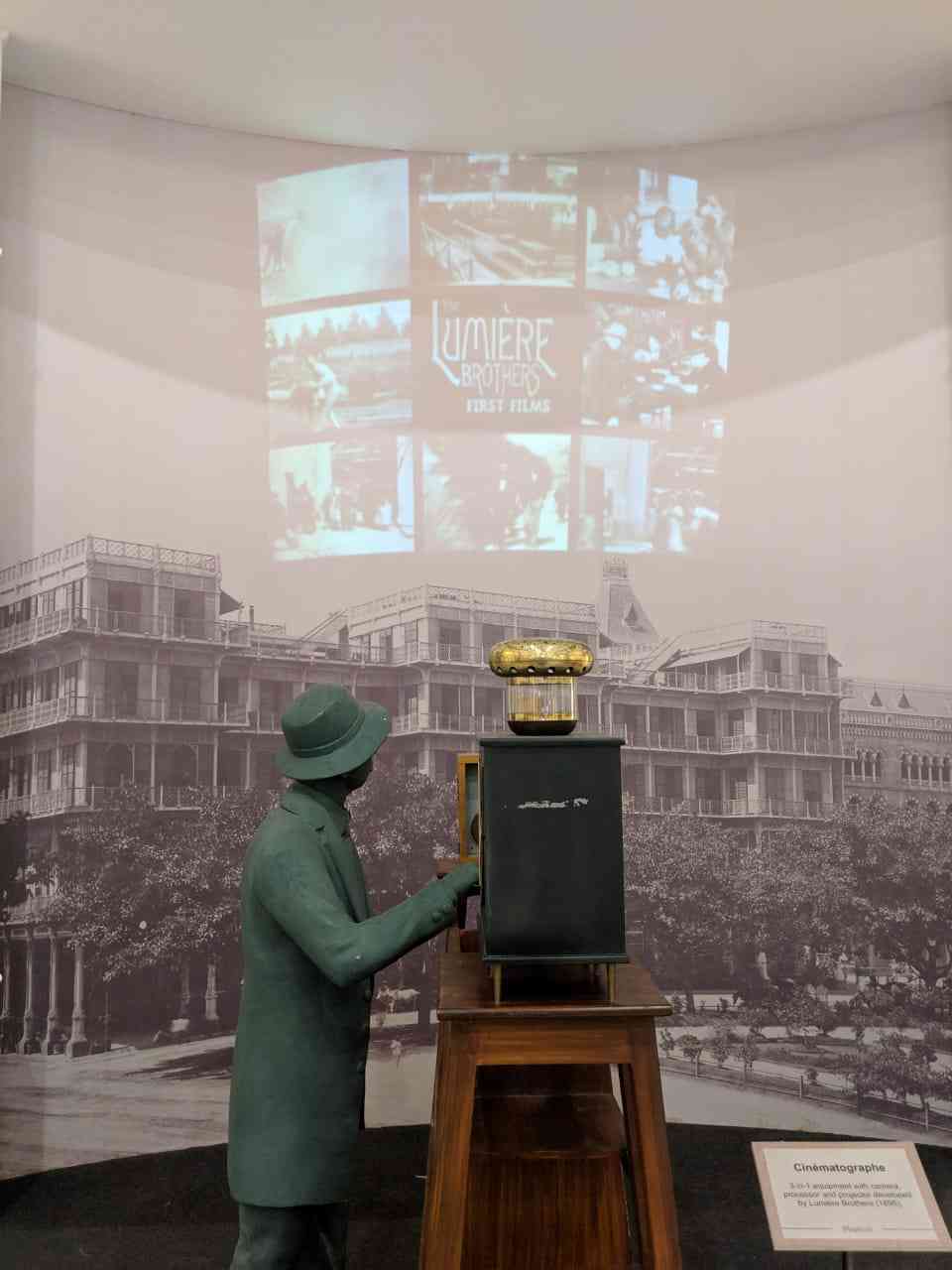 From kaleidoscope to 3D animation, and gramophones to surround sound, the newly opened National Museum of Indian Cinema (NMIC) is an engrossing, well-told story of 100 years of the one of the world’s largest film industries.

In February this year, students of journalism and AV production visited the NMIC in Mumbai as a part of a field trip. Mr. Prashant Pathrabe, Director, National Film Archives of India, introduced the museum, the first-of-its-kind in the country, and gave an overview of its construction.

A tour of the museum took the students through a series of exhibitions that cover the art and craft of filmmaking in India in its entirety.

At the Gulshan Mahal the exhibits provide historical information, including aspects of the evolution of mainstream and regional cinema, covering key artists of each era, and masters of technicalities from behind the scenes. Some of the vintage equipment displayed include early projectors, gramophones, kaleidoscope and other artefacts.

Another exhibition has movie posters placed aesthetically and chronologically like an art gallery, which hooks the visitor from the very start by narrating sequential stories.

The newer building has information on the latest technological developments in films. One of its floors is dedicated to children, and hosts activities and interactive sessions where they can learn the basics of various film techniques such as animation, foley and sound design.

The tour was a delightful experience for SCMC’s movie buffs and aspiring filmmakers and journalists who were also treated to a special screening of Tezpur, a Films Division documentary about the heroes who fought valiantly to protect this small town in Assam from invasion at the height of the Indo‐China War of 1962.