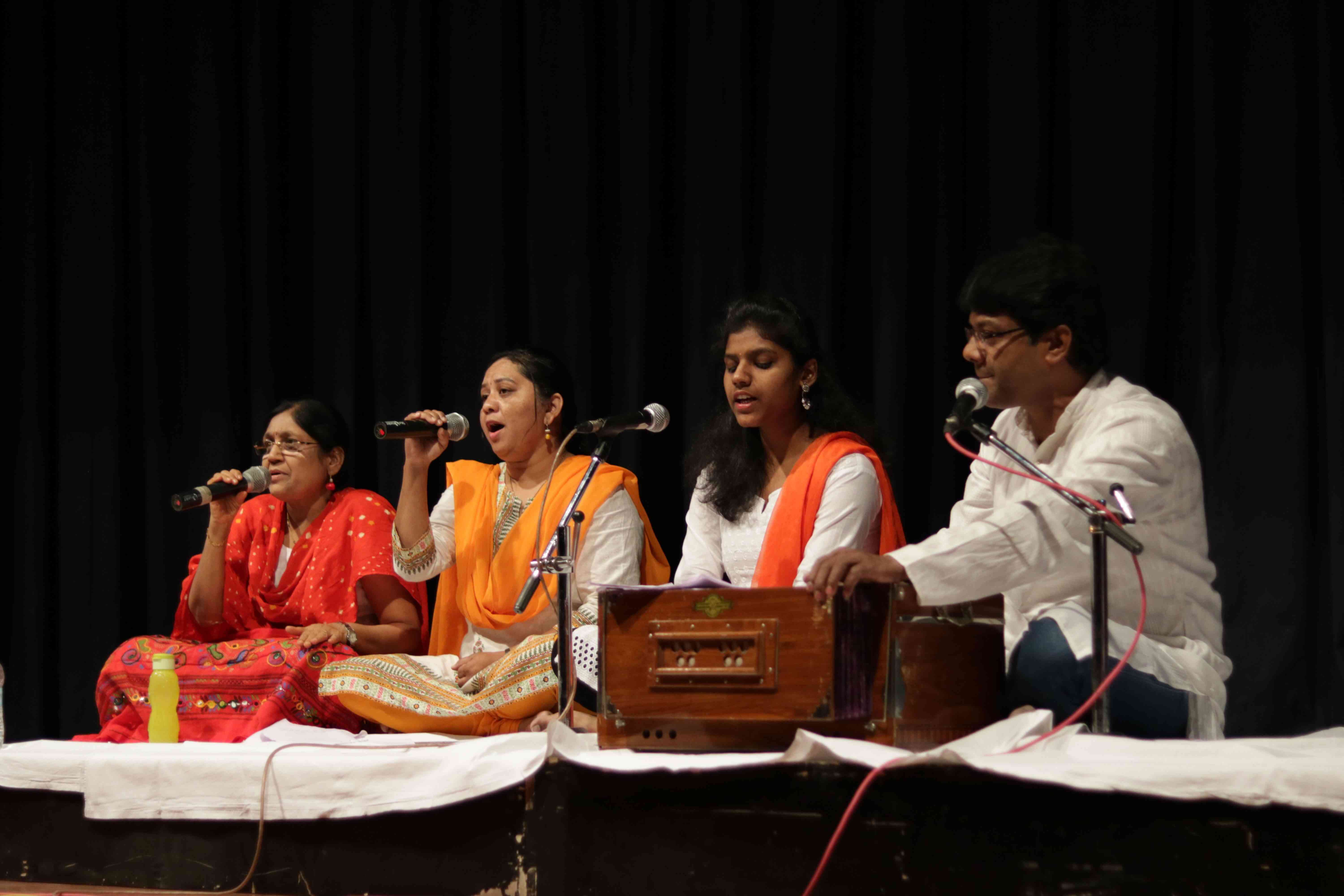 After a long day of attending class, there’s nothing quite as rejuvenating as the performing arts—especially when you witness a show for free. As the sun begins to set on a tiring day, students of SCMC can often be seen trickling into the auditorium to attend Sanskritam, a series of lecture demonstrations. These ‘lec-dems’ are unique to SCMC, and are an opportunity for students to watch masters at their craft, followed by Q&A sessions to probe deeper into a discipline.

On January 5, Symbiosis enjoyed an evening of jazz with Mr. Gerry Rebello. A performer from the fusion band Mukti, Rebello is an accomplished vocalist, guitarist and bassist. His interactive audience session began with creating an auditory illusion. It was that of a storm inside the auditorium, where students tapped their palms and thighs to mimic intense rain and thunder.

Rebello then took the audience through the history of jazz, supplementing it with audio tracks from jazz legends.

He gave the hall his renditions of Michael Bublé classics like ‘Sway’, ‘The Lion Sleeps Tonight’ and latin jazz numbers including ‘Besame Muchos’. Scatting, a brief quiz, and a karaoke of ‘Paheli Zindagani’ wrapped up the mesmerising evening.

A week later, SCMC looked closer to home by welcoming Maharashtrian folk singer Rajesh Datar and his team. The opening was powerful with a rendition of ‘Maharashtra Maza’, a song that literally translates to ‘My Maharashtra’. This was followed by a set of warm Marathi folk songs, setting a delightful tone for the evening to follow. After this interlude we were treated to Thakar music, probably the most uplifting piece of the evening. However, the highlight of the night was a performance in the Lavani style.

A wonderful combination of traditional song and dance performed to the beats of a dholki (percussion), Lavani music is noted for its powerful rhythm.

In the past, SCMC has hosted a multitude of talented performers—from Korean opera singers, to Hindustani Classical vocalists, to a talented troupe from Swatantra theatre, to Kuchipudi dancer Shailaja Desai. These events are held so as to develop an awareness among students about the vast repertoire of art that our country has to offer. Often, students get to pose questions to the artist(s) themselves.