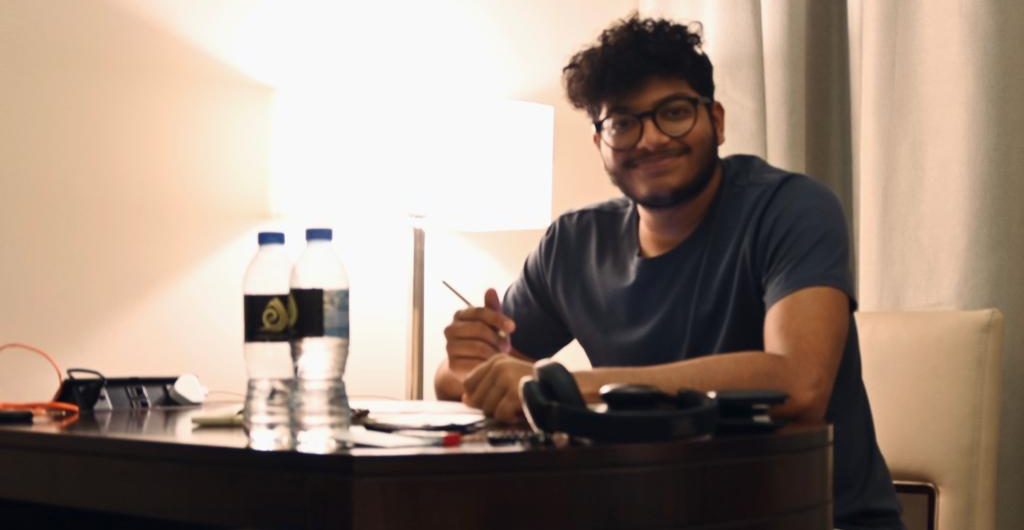 Attending one of the largest film festivals in India might sound like a dream to most people. And, for some, dreams do come true!

Vamshi Krishna (Batch 2022) woke up to an email inviting him to ‘The 52nd International Film Festival of India’ (IFFI) as one of ‘75 Creative Minds of Tomorrow.’ For Vamshi, realizing his work had been judged by a grand jury of fascinating film professionals such as Prasoon Joshi, Ketan Mehta, Manoj Bajpayee and Shankar Mahadevan, was the cherry on the cake! Vamshi had to read the email twice to ensure that his eyes didn’t deceive him. While he was all packed to leave for Goa where IFFI is being held, Vamshi agreed to give us an insight into his enthusiasm for the event being organized under the aegis of ‘Azadi ka Amrit Mahotsav’:

Q: What was your first reaction when you received the mail?

Vamshi: I was beyond thrilled, and my mom was the first one to hear about it from me. The fact that it was sent by the officials directly made me ecstatic.

Q: Were you expecting anything of this sort while working on your film?

Vamshi: Absolutely not! In a country with 1.3 billion people, being invited as one of 75 delegates felt nearly impossible. I had never imagined that someone I look up to, Mr. Bajpayee, would be judging my work.

Q: Can you share some of the difficulties you faced while working on your film?

Vamshi: The Covid-19 situation took a toll on me. I was running out of time and would sometimes scrap scenes altogether, because I just wasn’t satisfied with them. Getting hold of actors and other trustworthy technicians was no easy task as well. But, I’m glad to have had a great team that made the project successful.

Q: Congratulations on your film! Lastly, what were your learning outcomes?

Vamshi: Surely, it was one of the most incredible experiences, and it all still feels like a dream to me. All I know certainly is that I’m here to tell stories. To me, filmmaking will always remain the most enthralling and engaging way to narrate a story.

Part of the graduating batch of SCMC’s AudioVisual Communication specialization, Vamshi has already begun forging a path towards gaining recognition for his passion for filmmaking. On the grand occasion of India’s 75th year of Independence, receiving such an opportunity is truly commendable and inspiring. Undoubtedly, the festival will not only leave Vamshi enriched with insights from industry experts; but possibly, more in love with his craft than ever.