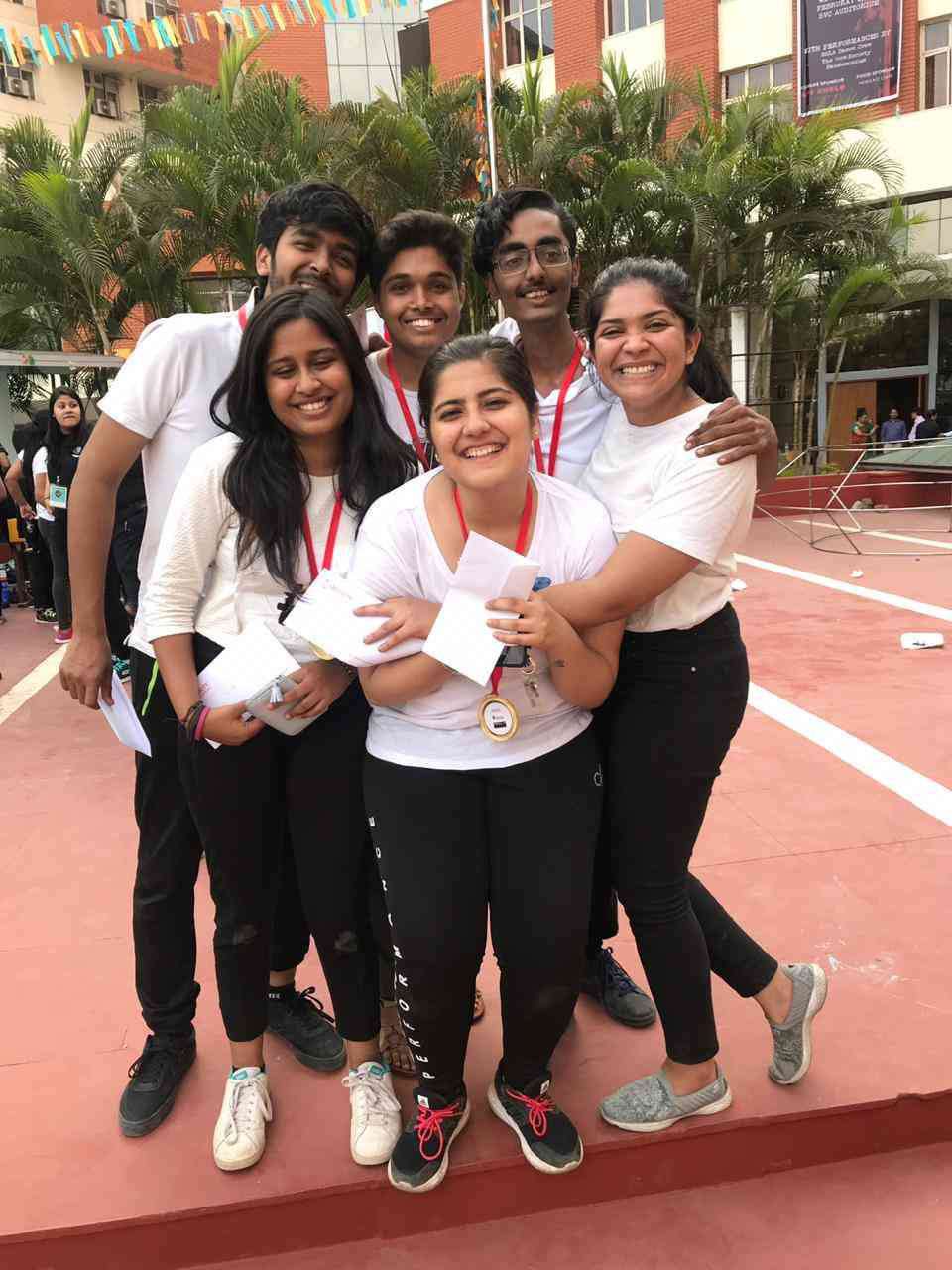 While this year brought back various events long forgotten at SCMC, Jugaad was undeniably seen as one of the most successful. The Pan-Pune scavenger hunt took place on 5th February, starting at the amphitheater of the Symbiosis Viman Nagar campus (SVC).

20 teams presented themselves to participate, making it the highest participation the event has ever seen. While teams were allowed no phones or money, certain advantages were offered as incentives. The team “Khotte Sikke” won the first advantage of a 15-minute head-start through a draw arranged for the teams that had registered online.

Another team “Clutter” won two advantages. They first received a 30 rupees incentive from the organisers for solving an online riddle posted on Instagram and then received a free ride from location 3 for being the first team present at the day of the event.

The event kicked off with a taggers challenge where all taggers had to move an Oreo biscuit placed on their forehead to their mouths using facial muscles. The challenge was won by tagger Ira Gopal, with the benefit of being the first team after Khotte Sikke to receive the clue.

The first hint took the teams to Creaticity showroom in Yerwada where the teams indulged in strenuous physical tasks.  In fact, some teams decided to just skip the demanding challenge and take the 10-minute penalty instead. The challenge then got students hitch-hiking throughout the city to the new

Despite no initial advantages, the 2020 team “OG” (Members Khushi Narula, Anmol Das, Amar Kate, Ajinkya Bahlerao and Yukta Wane with tagger Aishwarya Mani) bagged the first prize, fighting  the odds. “This was the first Jugaad event I took part in. I decided to be a tagger when I heard the fun experience everyone had last time. It turned out to be the best decision of my life. My group had the most fun, understanding and clever members. What made my experience great was that they treated me like a part of their group and not an outsider”, said Mani, extremely happy with the experience she had.