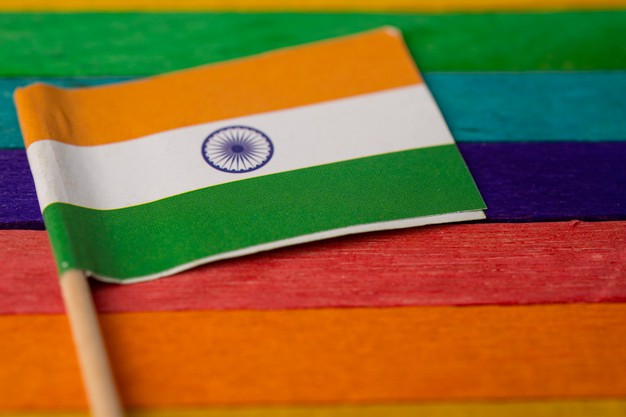 Quite often, the scientific experiments that we are supposed to be shown in class are only skimmed over theoretically, in a hurry, to finish the syllabus. The lack of practical experience and understanding thereon affects our ability to grasp concepts in higher standards. Surprisingly, this analogy is directly proportional to the citizens of India—the Constitution’s articles remain limited to being textbook knowledge for the people of this nation.

The decriminalization of Section 377 of the Indian Penal Code in 2018 has not changed the outlook of countless cis-gender heterosexual people of this country. If some of them end up reading this piece, they might even claim they aren’t cisgender and heterosexual because they aren’t versed with basic concepts of gender identity and sexual orientation, and are least interested in educating themselves.

The present ruling party’s former President, Rajnath Singh, had declared in an interview with the Telegraph that they support Section 377 because they believe that homosexuality is an unnatural act and cannot be supported.

Dr. Subhramanian Swamy, on the other hand, had stated, “It is not a normal thing, we cannot celebrate it. It’s against Hindutva”—mind you, over here the ‘it’ stands for the freedom to love for a minority in India— a minority that, according to the demographics submitted to the Supreme Court in 2012, is 2.5 million people of this nation.

2.5 million people having to plead for the right to love?

In a country where women get heinously raped and murdered regularly, the audacity of the government to have an opinion about a peaceful community that probably has more human decency than the whole of their party combined is appalling. Sir, you are concerned about the wrong agenda.

Amidst all of this, comes the ‘seasonal allies’—by seasonal, I mean allies who only show themselves in June. Pride month, like an opportunity for rainbow capitalism for many brands, is also an opportunity for some cis-gender heterosexual people to portray themselves as progressive. People who assume others’ pronouns every single day but also have she/her on their Instagram bios, without knowing why they have it there. “Sab kar rahe the, cool laga”.The reason why I didn’t say he/him in the above example is that most cisgender heterosexual men don’t even bother doing that.

The “sab kar rahe the, cool laga” gang in fact have people who are unaware about the existence of gender outside the binary. They go on to misgender our non-binary friends everyday but are quick to post a pride month story on their bio, #loveislove. Well, sorry to disappoint you but LGBTQ+ isn’t only about sexual orientations, it is a community of gender identities too, the same ones that you invalidate every day.

“How did you know you’re bisexual? How did you know you’re non-binary? Have you ever kissed a girl? Was it different from kissing a guy? Oh, you’re gay?” Questions such as these, which are laced with unnecessary interest—only make an LGBTQ+ person feel different and not at home. The extra curiosity in their love and sex lives from a heterosexual person is intruding unless the person is questioning their sexuality.

If you want to learn about the community, there are plenty of resources online for you to go through and learn, and if required, unlearn. It is frustrating for many people to have to repetitively come out or explain to others. If someone casually slips in that they’ve dated men and women, do not rush to state “Oh, you’re bi.” No, they might identify as pansexual, demisexual, and one or more of the several other labels or maybe none. Do not label someone unless they use a label themselves.

“Dating men is so hard, I wish I was a lesbian.” “You are pansexual? Oh god, you have way more options.” Do not invalidate the struggles of a queer person by making it sound like being queer is a privilege and that they have it easy. No, they don’t.

“He is so feminine, he must be gay.” Stop assuming someone’s gender identity based on their gender expression. Gender and sexuality are two completely different things and have nothing to do with each other.

So, to my fellow queers, I say—thank you. Thank you for having the courage to exist, in a world that is yet to give you the respect you deserve, thank you for living with pride.

How do people who sang the national anthem in their schools while growing up, turn into homophobes, perform hate crimes, and discriminate against queer and trans lives? Conversion therapy is still prevalent in India in most states which includes everything from beatings, to sexual abuse and electric shocks. Yes, maybe after the ban of conversion therapy in Kerala, things will better themselves, but to reach this point we had to lose many queer lives along the way. India is a country that not only fails to make its own people feel safe but also becomes a hindrance to them living their lives authentically.

India is my country. All Indians are my brothers and sisters.

Disclaimer: The views and opinions expressed are solely of the author. The platform and the publisher do not assume any responsibility or liability whatsoever.