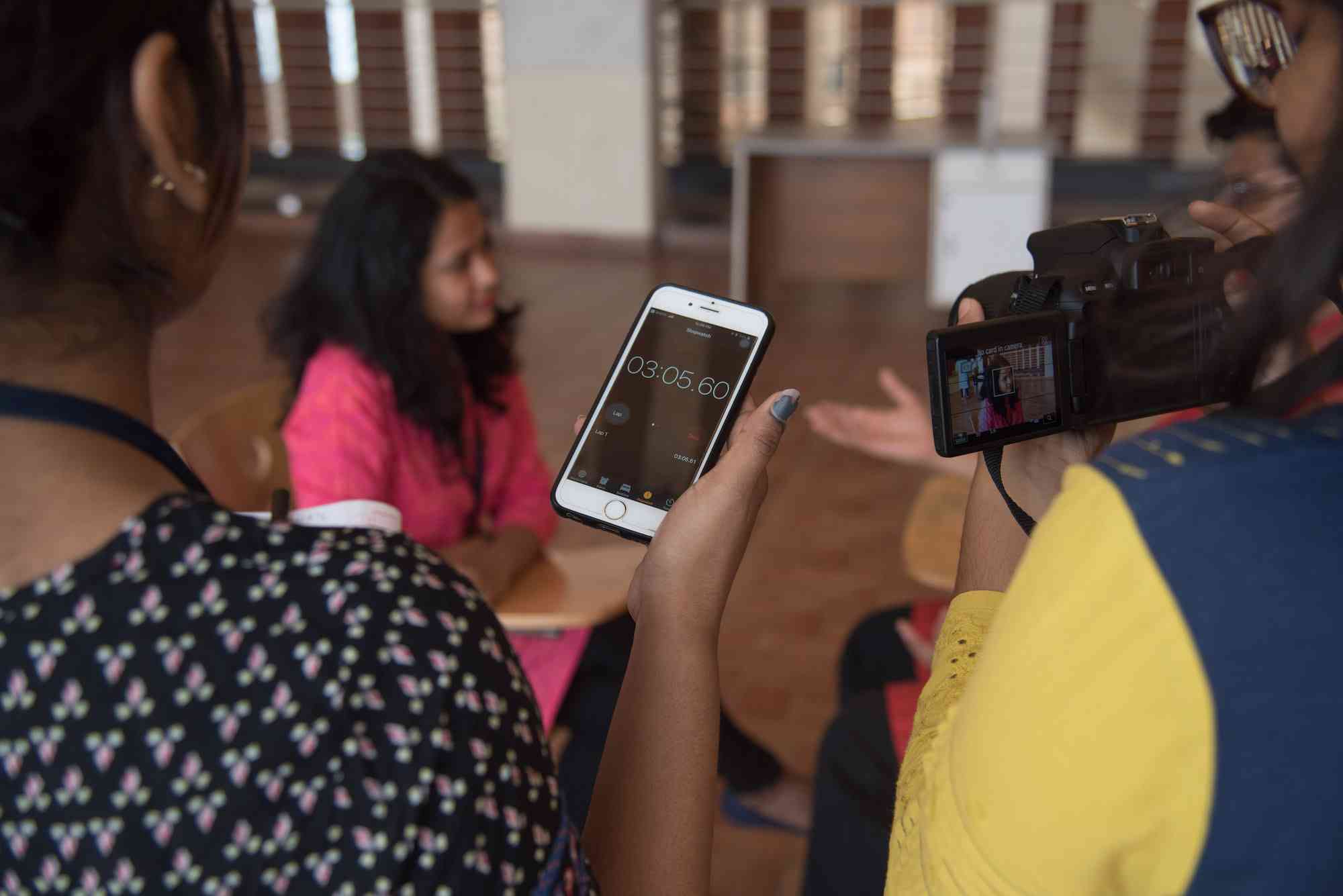 In my fifth semester, one of the courses that the Journalism batch studied was Television News Production. Symbiosis Centre for Media & Communication ensures that aspiring journalists are given exposure to the various kinds of media in which Journalism flourishes. I was really excited to see what they would be teaching us after the initial introduction to the TV course. Especially, since the focus was on production.

Our professor was Mr. Yogesh Pawar – an industry veteran with experience at NDTV, DNA and Elle.  Sir’s classes had always given us hands-on experience, where he would send us out in teams to find and edit stories for in-class assessments – but while this sharpened our reporting skills, we did not learn news production. One sudden weekend though, Sir divided us into two groups: reporters and producers. I was put with the latter and was looking forward to this activity. I had realized after a few thoughtful conversations that I didn’t want to do reporting at all!

Sir explained that producers had to build a 10 minute rundown where we had to countdown backwards from 10:00 to zero and accordingly slot stories while being mindful of ad breaks. If the show went over time or under time, we would lose out on much needed revenue or not give viewers enough content. It was made clear that the reporter may provide a beautifully packaged newsbreak, but if it is not ready in time for the show, nothing really matters. It also hit home that though reporters may be the face of the channel, their stories cannot see the light of day without resting on a producer’s shoulders.

After building the rundown, I volunteered to be the producer to roll the show, while the remaining would ensure that people were ready based on the rundown. As Sir started the timer, there were a lot of mishaps. People did not understand when I would be cutting to them, but after starting over twice and finally counting down to 0:00, Sir allowed us to stop and gave us feedback. He mainly advised the reporting team about speaking better on air and how stories can go awry if unprepared.

He then spoke about how the producers too, should be clear with the instructions they give to the reporters. I was prepared for Sir to tell me what a terrible job I had done, and discreetly receded back into the crowd. I was mentally preparing myself for what was coming.

Instead, Sir asked me to come forward and praised me for doing a great job.

He told the class to take note on how I took control, directed the people to get what I wanted them to do and how he would never be able to do what I had done.

It was a fantastic feeling and made me want to pursue television even more.

Article by: Sujitha Sundaram (Batch of 2018)