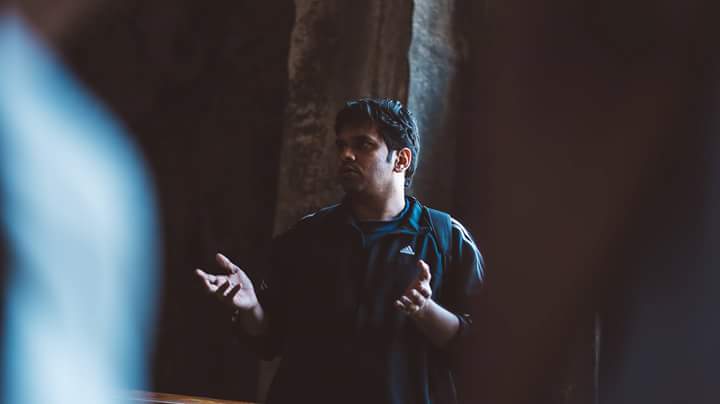 The limelight was claimed by people- all the dynamic people that have left their mark on the world. The class was about their personalities, their philosophies and motivations, their idiosyncrasies and of course- their consequent actions

“Milestones in Civilization-from the Egyptian Civilization to World War-2”, was the name of our history course. Reading it on our time-table in the first week of college, I figured that this might be one of the drier subjects, reaffirming my age-old enmity with the subject. But I was hooked right from the first class. Mr. Sagar Kamath, our professor, is no doubt one of the best that I have had the pleasure of learning from. The course soon became a popular favourite.
What was it about this class, you wonder? Far cry from the two-dimensional history from the high-school years, it brought unknown events, secrets, scandals and strategies from the past to life in the classroom. Dates became mere tools to give us an idea of the time, taking on a less important role. Instead, the limelight was claimed by people- all the dynamic people that have left their mark on the world. The class was about their personalities, philosophies and motivations, their idiosyncrasies and of course- their consequent actions. Our classes were made human and interesting by allowing us the simple realization that history was created by actual people.
To add to this, it would be an injustice to call it simply a “History” Class. Our professor, besides lending his charisma and unique narrative style to the course, had designed the course artfully, to make us understand the overarching philosophy of how events progressed over centuries and how ideology persisted. He explained how different ideologies affect the geopolitics of today’s world- like how verses from the Quran drive the ISIS. He also left a fair amount of room for alternative theories for us to get the whole picture.
I am beyond grateful for this course, for it has managed to change the way I think, and has widened my perspective immeasurably. If one sentence were to summarise what I’ve learned, it would have to be this one, from The Story of India- “History is always in the making, and never made.”