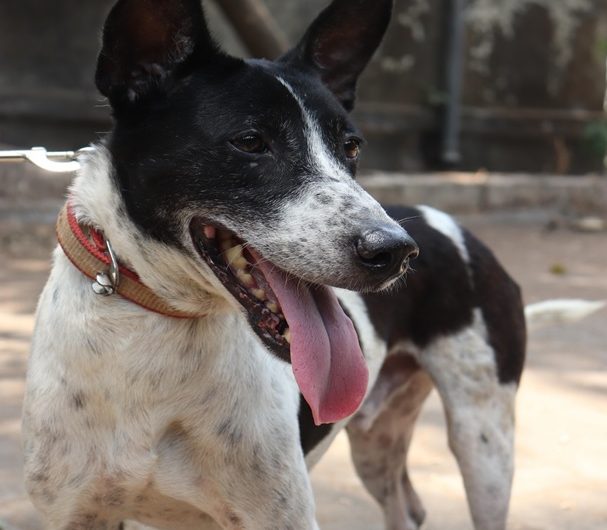 Being an ardent admirer of animals and especially dogs, all my preferences for my development sector internship were in animal welfare. Having got into the NGO, ‘The Welfare of Stray Dogs’, my first choice, I was quite thrilled.

I had been following their work on Instagram for quite some time and being physically present in their office seemed like a surreal experience. The moment I walked in, I was handed my entire week’s schedule and responsibilities. Apart from major projects like annual newsletter, annual calendar, presentations and designing creatives; I also had to assist in treating injured dogs and vaccinating, walking and bathing them. Honestly, it didn’t appear like an internship at all, it all felt like a summer dream come true!

I visited the WSD kennel on my second day for a photography assignment. The kennel was where injured dogs who could not be treated on the streets were operated upon and housed until they were completely healed. They were then dropped back at the exact location they were picked up from.

I befriended as many doggies as I could while I meandered through the kennel with my camera. From around 200 dogs that were housed there; Ana, Sakshi, Oscar, Popcorn, Angel, Abhay and Diesel became my best buddies. I bathed three of them and walked the rest. Some of them were easy to walk while some either ran around the kennel premises or didn’t move at all. It was hilarious to watch Oscar getting conscious and pooping only near the trees when no one was around and then grinning at Popcorn who unabashedly relieved himself anywhere and then conveniently tossed some mud on the spot with his hinds.

I decided to capture Gayatri, a volunteer who was walking Reagan around. Reagan seemed quite hyperactive. While taking his pictures, he even pounced on me and kept his fore legs on my lap and wagged his tail for a while. When it was time for him to go back to his kennel, we tried to persuade him as much as we could but he was adamant and did not want to go inside. While Gayatri kept holding onto his leash, I tried everything possible, from laying out biscuit crumbs leading to his kennel to throwing bones inside and asking him to fetch them, but nothing worked. Tired and helpless, we decided to give him time, I stroked his head gently and turned to leave when I heard a bark. And in a split second, he had leaped onto me and bit my arm. I panicked and yelped until Gayatri came to my rescue.

Apparently, Reagan was a recluse. He had a tendency to sit down whenever he did not want to move and snapped at anyone who persuaded him to. He was restless and did not like being told what to do. It was my sloppiness in not getting to know him thoroughly before getting too friendly with him. The wound was not much of a concern since all the dogs at the kennel were always meticulously vaccinated but my inhibitions to interacting with street dogs was what was bothering me.

On confiding with my internship supervisor, she asked me to not let the incident affect my confidence. Although she did recommend me to get my rabies shots anyway for I was going to be constantly exposed to street dogs during my internship and they might or might not be vaccinated. So there I was sitting in a gloomy blue hospital room, giving in to my fear of syringes, extending my arm, shutting my eyes tight and finally letting out that shriek of pain only to realize there were four more to go!

Previous PostAn Hour and a Half in the Life of a Mumbai Office-goerNext PostMaking or Breaking the Organisation: Work Culture
0Shares