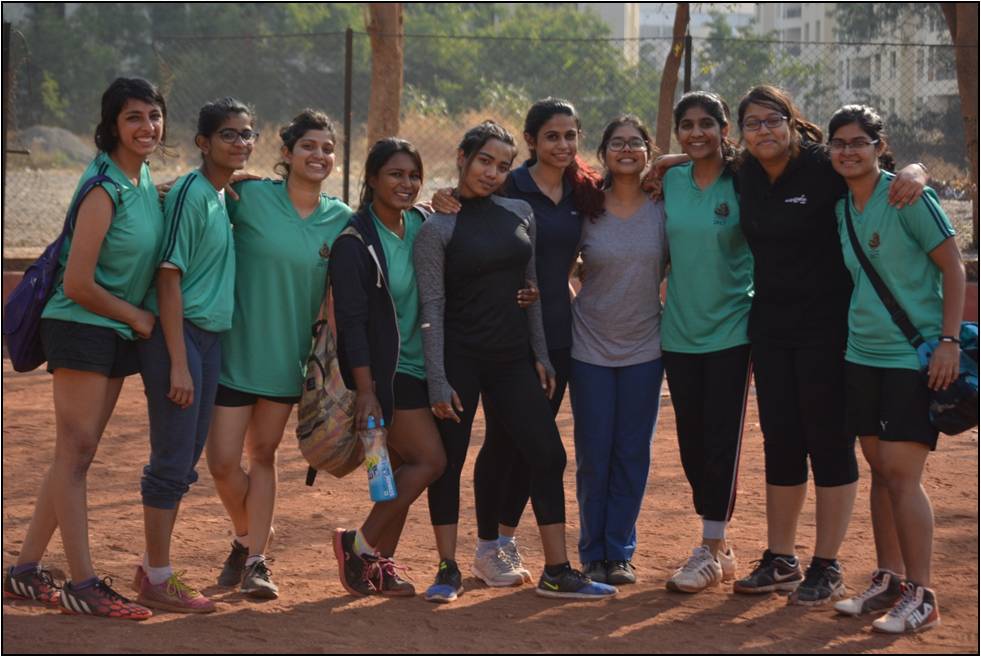 It was truly a moment of pride for not only me, but also my fellow coordinators as all the preparation, sleepless nights and efforts had paid off and we had passed with flying colors!

The vacant spot for the Female Sports Coordinator for the Batch of 2017 was up for grabs and I had to achieve that spot to prove myself as a capable sports leader. I had always envisioned myself as leading a sports group and had been the Sports’ Vice Captain in school too. I had to prove to everybody that I was a capable candidate for the position and that sports in SCMC under my leadership would flourish.

My hopes were shattered when I missed the spot in the first year to a fellow batch mate. However, I did not give up and decided to be an active member of the sports fraternity.

In the second year, the reigning sports coordinator left the college and her position was left vacant. I knew by that time that I had proved myself enough to be able to claim the position. I had two University games and one Symbifit title under my belt. After a much delayed voting period, I was finally voted in as the Sports Coordinator for the Batch of 2017 with almost 60% of the class votes.

As the Sports Coordinator, my first job was to mobilize the entire sports fraternity from all the 3 batches, brief them about the SIU process, schedule practices, book fields for them and provide the equipment if needed.

The other, more fun responsibility was to organize ‘In True Spirit’, The Annual Inter-Batch Sports tournament of SCMC. It not only is a sports extravaganza, but also involves a lot of promotion and marketing on social media where batches upload content in support of their batch mates. We had to ensure that the dates we had scheduled for the event did not clash with the timetable of any of the three batches, no student missed excess classes, the fields were reserved for us on the scheduled dates, the equipment was in place and all volunteers were awarded additional attendance for their efforts.

It was really amazing to see the enthusiastic participation from all the three batches despite the busy schedules they all had- especially the Batch of 2017, who had their end-semester submission deadlines hovering above their heads. It was a success! There was not a single day when we saw any violation of rules. The teams were very professional as we had laid down strict rules against any kind of violent behavior.

ITS 2017 was also the most documented ‘In True Spirit’, in my three years in college. It was also perhaps the most active ITS on Social Media with daily updates and photographs.

At the end of the event, the entire Sports Council was congratulated by the faculty and participants on organizing a highly successful ITS. It was truly a moment of pride for not only me, but also my fellow coordinators as all the preparation, sleepless nights and efforts had paid off and we had passed with flying colors!