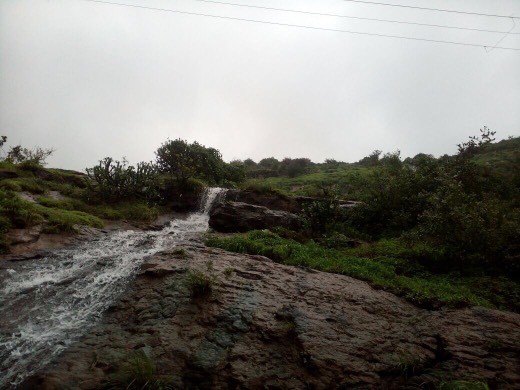 The lecture changed my outlook on World Civilisations and history as we know it, no longer did I think of remembering dates as a tedious task

Early July, 2016, I was thrilled to have the opportunity of starting my journey towards being a successful media personnel after getting admission in India’s leading Media college, Symbiosis Centre for Media & Communication. An interaction with its Director and faculty further encouraged me to explore the many possibilities in the vast field of media. The college has a myriad of courses to offer.

History had always been my favourite subject. I was always curious to know more about the early civilisations and their culture. I was always inspired by murals and medieval architecture. Hence, I was really looking forward to attending the lectures on World Civilisations by Sagar Sir. The lecture changed my outlook on World Civilisations and history as we know it, no longer did I think of remembering dates as a tedious task. Being a great storyteller, Sir sparked the flame of curiosity in our minds. After the brain rattling session on “Christianity and the resurrection of Jesus” I spent hours on the internet researching the facts and delving deeper into the topic.

Our college organized a field trip on August 11th to Bhaja Caves, located on a hill near the Bhaja Village. When we reached our destination it had started to rain, we first visited the waterfall which was within the vicinity of the caves and after the exhilarating experience it was certain that the trek leading to our destination was going to be an adventurous one. Earlier my heart skipped a beat when I looked at the “vertigo-inducing” vertical steps that led to the caves this was a completely different experience for me, since I had never trekked before let alone visiting a cave for a study tour.

I could see the lush green forests spread out in front. I found myself gasping at the gateway to the stupa. Sagar Sir, informed us about the structure of the Dome shaped Stupa. Being well informed about the values of Buddhism, I thought that the lecture would be repetitive for me, however I was proved wrong. Not only did Sir talk about the values but also how they were relevant. I was highly fascinated by the shape of the Stupa and motifs used in Buddhism and it was a treat for me to know that The stupa is a humanoid and if looked at it from a distance it represents an individual sitting in a cross-legged position. The pillars also were adorned with symbols representing the life of the Buddha. This really opened my avenues for designing and creating patterns and expressing myself in my Aesthetics’ class. The lecture about the Shiva Linga not only enlightened me about its significance but also helped me understand the contrast between the earlier outlook of Indians related to divinity and the practices done by the present generations. This field trip helped me connect to the Indian mentality, religion, divinity and the supernatural. After this excursion, I became more mindful and appreciated the rituals done in the Buddhism as an organised faith.