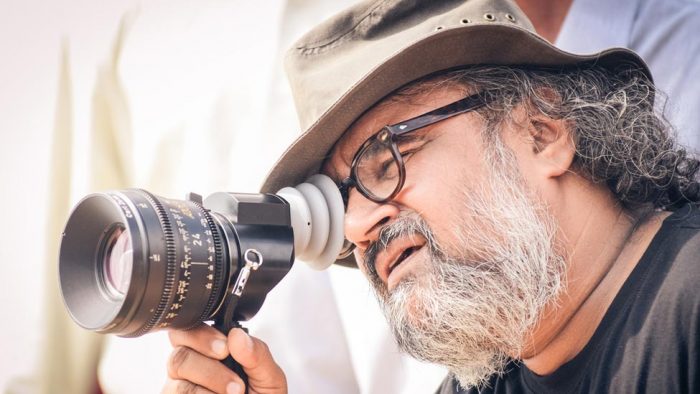 On 3rd July 2021, Symbiosis Centre for Media and Communication, Pune had the honor of hosting as a guest speaker internationally acclaimed Indian film director, writer and producer, Mr. Bharatbala Ganapathy. He addressed the students on the practical aspect of working in the film and advertising industry; as well as, dwelling on the art of nuanced storytelling.

Mr. Bharatbala is the head of BharatBala Productions based in Chennai which makes feature films, documentaries, commercials, and music videos. Bharatbala Productions has been widely acclaimed for its production caliber, and unique treatment of its subject matter; and has won a host of awards, locally and internationally. Mr. Bharatbala is a person who breathes life into his visuals through real places and people; he believes in telling Indian stories with a universal sensibility to the world audience.

Mr. Bharatbala’s most recent majestic opus, Virtual Bharat, is a series of thousand short films, under 10 minutes, which exhibit India’s diversity by covering stories of its landscape, culture, language literature, music, architecture and many more. Talking about his experience in the advertising industry, Mr. Bharatbala mentioned how it had helped him create short-form content with splendid grandeur and impact. The idea behind Virtual Bharat, according to him, is to bring together people from all walks of life and present them on an equal platform, as a universal representation of ‘Brand India.’

Mr. Bharatbala also talked about the uniqueness of an idea in the filmmaking process. He advised students to always be on the lookout for stories around them. Giving an example of his project, Vande Mataram, he explained the importance of inclusivity, originality, honesty, fresh perspective and relatability while creating content; and encouraged students to explore all the tools and technologies available to them in order to create a story which could provide an immersive experience to the audience.

Citing his experience of filmmaking around the world as a producer, Mr. Bharatbala emphasized the need to have a local, aware, hardworking crew; with an equal sense of passion and vision of telling a story that is authentic, and reflects individuality. He also accentuated the significance of regional content and local collaborations, in order to tell a story that is true to life.

About his experience of creating films during a global pandemic, Mr. Bharatbala, spoke about the obstacles and opportunities of shooting remotely during the making of his documentary Meendum Ezhuvom. Form acquiring permissions, to directing through mobile phone screens, to communicating and connecting with filmmakers from all over the Indian landscape – it had been a challenging, yet, unique experience for him – which eventually culminated in a spectacular piece of content that spoke the truth about the physical and metaphorical emptiness in a massively populated country through striking visuals.

Towards the end of the session, Mr. Bharatbala recommended that the students should always find joy in discovery; and invest time and work hard in order to learn each and every aspect of filmmaking. Honesty, Uniqueness and Devotion are the three keys to success as per Mr. Bharatbala

In an hour-long session, Mr. Bharatbala covered a vast range of topics related to visual storytelling, from observation, ideation, to production and PR. His pearls of wisdom will definitely be invaluable to the students who wish for a future in the filmmaking industry.