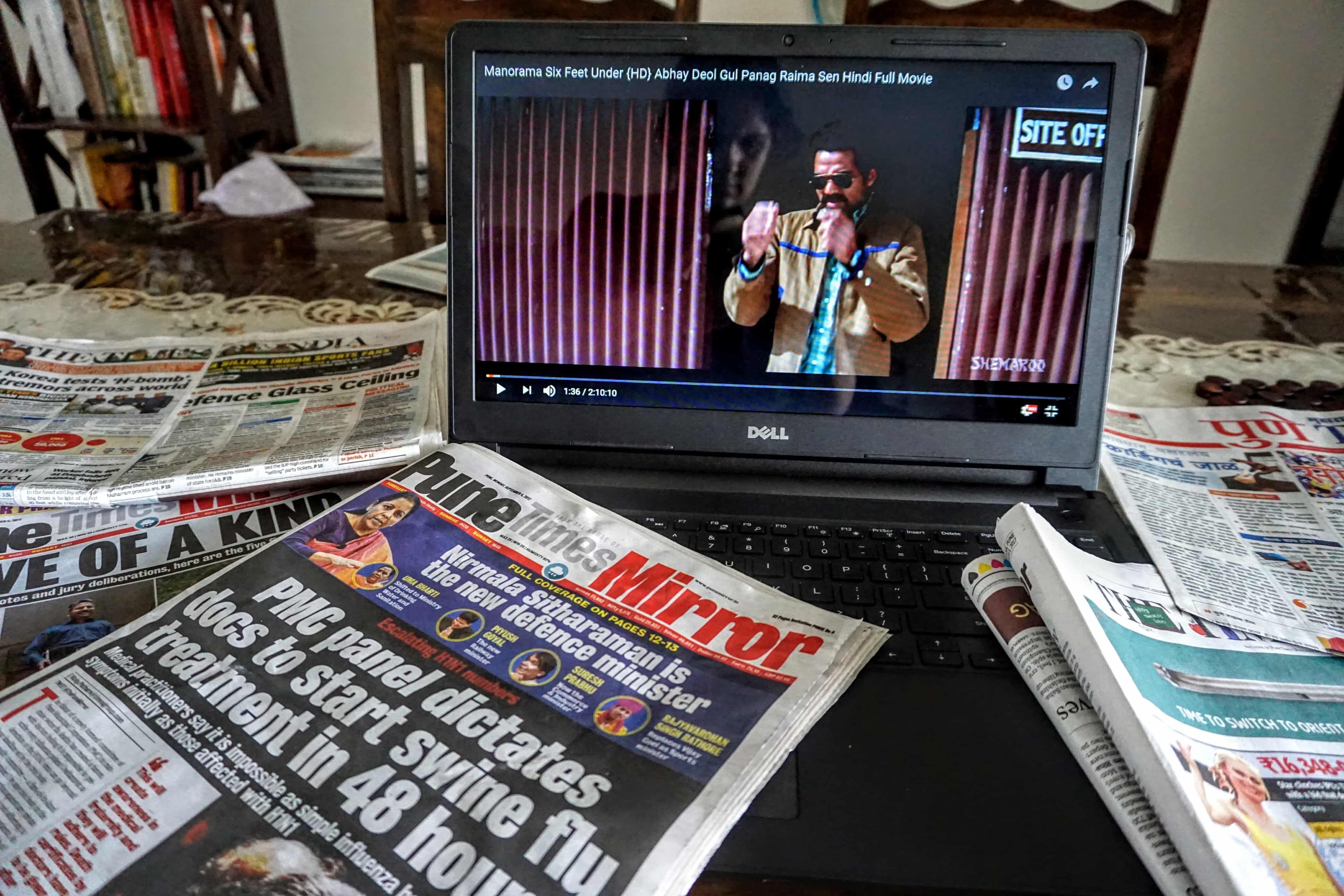 It has been three years yet I exactly remember the kind of enthusiasm I had for college when it began. But what really tested my patience was not being able to understand how “intellectual beings” could analyze and comprehend the semantics of film concepts and themes. My first screening in Room 501 was the time I realized my love for films and its medium.

Manorama Six Feet Under was being shown, I neither had the inclination nor the patience to watch such intense films. I had been brought up watching mainstream cinema – films starring Salman Khan and Hrithik Roshan. This was a completely different experience. The beauty of watching the films screened for us in 501 was that the entire atmosphere was simply better than watching it in theatres. We have wide-screen projectors and a Bose surround sound system. The controlled air-temperature sets the perfect mood to watch any sort of film. Before I knew it, I was at the edge of my seat, fervently rooting for the protagonist and trying to hopelessly predict the future course of events in the film. However, that wasn’t the highlight of the entire experience. It was what came next. As soon as the movie got over, there was a distinct buzz in the entire classroom. It was almost as if every single one of us had something to interpret, something new to say and something to observe.

Prof. Suhas Ghatne, came over to discuss the film with us later that day. It was then when I realized that studying films isn’t just about watching what kind of story it pulls out but understanding the mechanism behind it as well.  It was then that I learnt, to some extent, what production, scriptwriting, dubbing, sound designing and cinematography meant. I realized that making a film required a bunch of talented people who were equipped with different skill sets in order to bring out a cohesive and well-thought product for its audience. This curiosity intrigued me to pursue this field even more.

Despite having chosen Journalism, my appreciation for films has definitely gone to a higher level – whether it is in terms of production, graphics, cinematography or even the core concept. College made us realize that criticizing someone’s work is easy but substantiating it with reason is important as well.