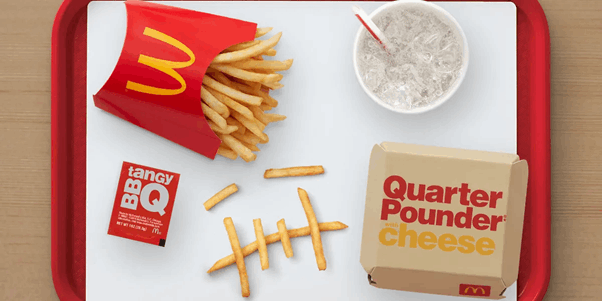 This year has been good for rapper Travis Scott, who has been making waves with a horde of collaborations. He was trending this week for the collaboration of his brand Cactus Jack and McDonald’s, coming out with an exclusive ‘Travis Scott’ meal, featuring a quarter pound beef burger (2 slices of melted cheese, ketchup, mustard, pickles, onions and shredded lettuce), medium fries and sprite, topped off with a barbeque dip; all retailing for 6$.

Announced on 8th September and valid until 4th October, the campaign has garnered a lot of attention, perhaps because this is the second time the fast food chain has associated itself with a celebrity, the previous one being Michael Jordan in 1992. The marketing process was as ‘Travis’ as it could get- a unique collaborative logo, an ad featuring the iconic figurine and autotuned phrases, complete with Instagram and Twitter promotions, not to mention a visit to a CA outlet by the influencer himself, which obviously went viral. Additionally, all the employees have been given special Cactus Jack versions of their uniforms to be worn during the course of this campaign. Finally, a promise to donate part of the proceeds to charity ties it up nicely.

So, what’s in it for McDonald’s? As a brand that functions on thin profit margins, such activities help them stand out and divert consumers their way. Profits aside, they are obviously targeting younger audiences, and by doing so, shifting away from their family friendly image. Now what’s in it for Travis? He gets to release a 60-set merchandise collection, with more on the way, complete with hoodies, sweatpants and even a chicken nugget shaped pillow.

Interestingly, it should be noted that while this is a corporate partnership between Cactus Jack and McDonald’s, it is being promoted by the name of Travis Scott. They very well understand that the name has brand value attached to it, especially for the audience they are targeting. Even if a youngster is not an ardent fan of the artist, they will want to buy the meal to be a part of the trend and experience the hype around it. This is the same philosophy Travis used for his Fortnite collaboration, where he hosted an in-game concert called Astronomical. Indeed, it was astronomical, with a 419% increase in ticket sales accompanied by a spike in followers across social media. In fact, it was so impactful that the burger, which has nothing to do with his previous collaboration, is being called the ‘Fortnite burger’. Looking at the way the audience is reacting so far, I’m sure similar numbers can be expected from the Cactus Jack for McDonald’s campaign as the Fortnite event. 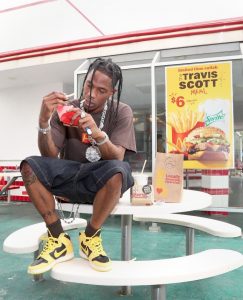 This pattern of promotion revels a new trend; it shows how artists are no longer just promoting their music. Take a look at artists like Rihanna, Jay Z or Dr. Dre- They have carved out brands for themselves, and their music is just a part of this brand. While I am not the biggest fan of Travis Scott, it is clear that he doesn’t want to be limited to just being a rapper, because creating your own brand is far more profitable and memorable. He wants to create his own identity and he knows exactly what to do to build this image from his base as an artist. Like McDonald’s Chief Marketing Officer Morgan Flatley says, Travis has the ability to see where culture is going. And he sure plays the game well.

Previous PostSports : My Highlight in the LockdownNext PostReality Check: What does the Industry need?
0Shares