The Literary and Debate Club in collaboration with the Journalism Club hosted Alankaar, the first inter batch debate competition of Symbiosis Centre for Media and Communication in the final week of July. The first ever edition, helmed by club heads- Parvathi Sajiv, Priyal Yadav, Abhinav Singh and Shraddha Das, saw an enthusiastic participation of 18 teams.

Twelve teams from the Batch of 2022 and six from the Batch of 2021 fought it out in a league format with many elimination rounds and an equal number of victories culminating in the finale between Prantika Majumder and Nanda Sanjeev of Batch 2022 versus Janaki Tulshibagwale and Moksha Tamma of Batch 2021. The latter emerged victorious post an interesting and well-structured debate. Along with them, Keerthana Unni from Batch of 2022 bagged the title of Best Speaker. 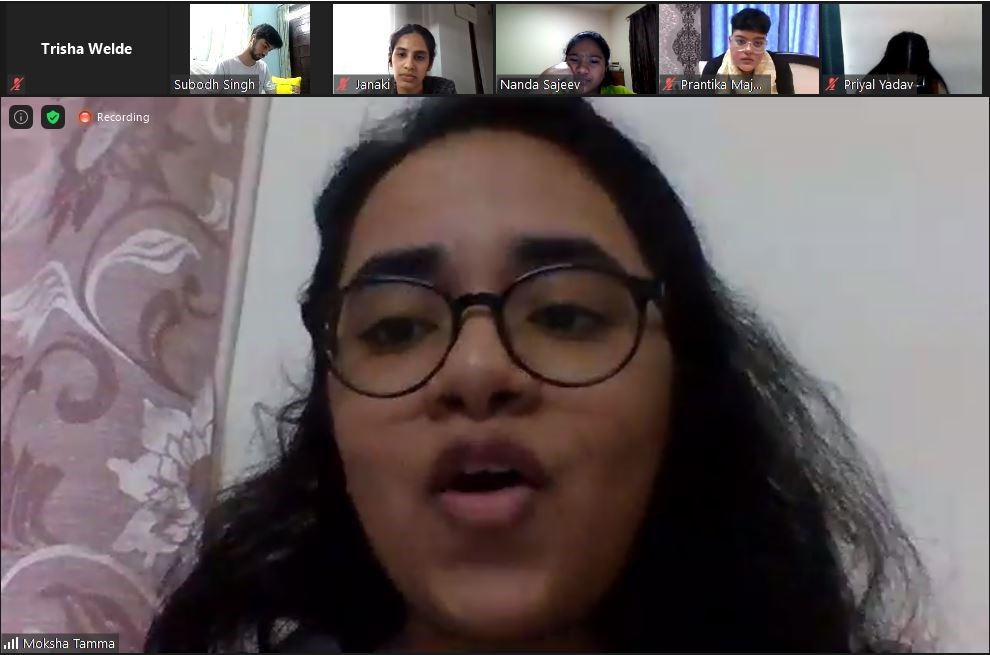 The series followed the Lincoln Douglas format, which comprised of value-based arguments amongst the two opposing teams. A team was to beat the other to move to the next round. Each batch followed the league system to select the batch representatives for the finale. The finale was conducted on the 29th of July with a change in the style of debate. The stakes were raised, with the Asian Parliamentary Debate format set into place and an external adjudicator was invited.

The July edition saw gruelling debates , with motions spanning from the separation of art and the artist to the legalization of marijuana, from patent free COVID-19 vaccines to the abolishment of the death penalty, from toxicity of cancel culture to covering the various aspects of nepotism and nationalism. Every participant was as brilliant as the next, causing the adjudicators to take close calls.

The massive participation and encouraging audience for Alankaar lay the foundation for the debating circuit at SCMC and an opportunity to hone the enormous potential of the students. It pushed students to move beyond their comfort zones and cultivate the ability to think from a different perspective and let go of their personal opinions.  “I really enjoyed participating in Alankaar because it kept challenging opinions that I strongly held. I was compelled to step away from my personal opinions and defend stances that I was against, which was definitely intimidating but also enriching”, says Prantika, one of the finalists.

After a wonderful July edition and an engaging event amidst the pandemic, students feel refreshed and are overjoyed to mirror the feeling of being back in college physically. We can only wait with lots of excitement for the next edition of Alankaar and all that it will entail!