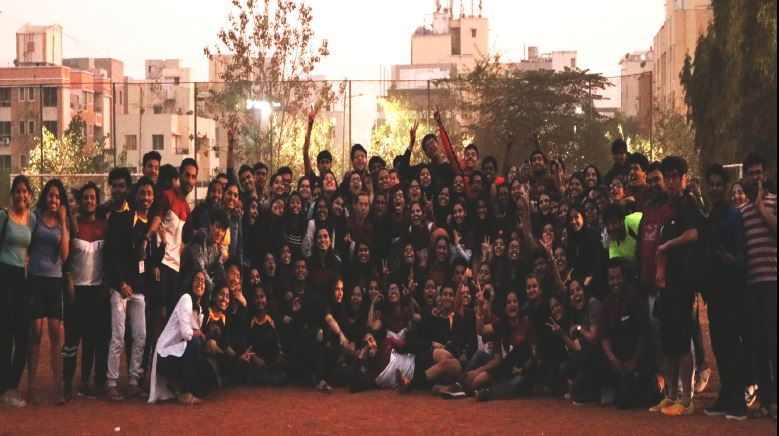 The 2019 edition of SCMC’s annual inter-batch sports meet, In True Spirit (ITS) took place from January 28-30, in the Symbiosis Old and New Viman Nagar Campus. The matches took place in the morning and evening on the first two days, with the third day being entirely dedicated to the event.

However, the Badminton and Swimming tournaments took place at the Lavale Campus on January 18 and the Table Tennis tournament was held in the Viman Nagar A-Wing hostel on January 19.

The build-up to the three-day fest started with the marketing campaigns of all the three batches. This included coming up with the hashtags, designing the jerseys and making the batch videos. Each batch elected their marketing heads, who spearheaded the campaign with frequent posts on the event’s social media pages.

Batch 2021 got off to a great start at their last ITS, the 2019 batch finished third. The story remained the same in Swimming for the senior-most batch as they finished third, while 2020 finished first for the second year in a row and 2021 settled with second place.

The junior-most batch continued their impressive run by defeating 2019 in the first Cricket match on day 2.

They eventually went on to win the Cricket tournament after defeating 2019 and 2020 in two back-to-back super over contests. Batch 2020 finished second and 2019, despite a few resilient batting performances, finished third.

Just like the men’s Cricket team, the women’s team of 2021 also finished first. They thrashed 2020 in the first match and clinched a thriller against 2019 to finish as the winners of Box Cricket. 2020 finished second and 2019 finished third.

On day 2, the Throwball team of 2020 stormed their way to the top with comprehensive victories over the 2019 — which finished second and 2020 which finished third.

Living up to their reputation of being a sporty batch, 2020 finished first in four other sports. They bagged gold in Volleyball, Athletics, Football, Throwball, and Basketball (men’s).

The winners of each sport earned five points while second and third place finishes rewarded three and one points respectively. In the end, with a total of 50 points, Batch 2020 were declared winners of ITS 2019. 2021 finished second with 46 points and 2019 stood third with 30 points.