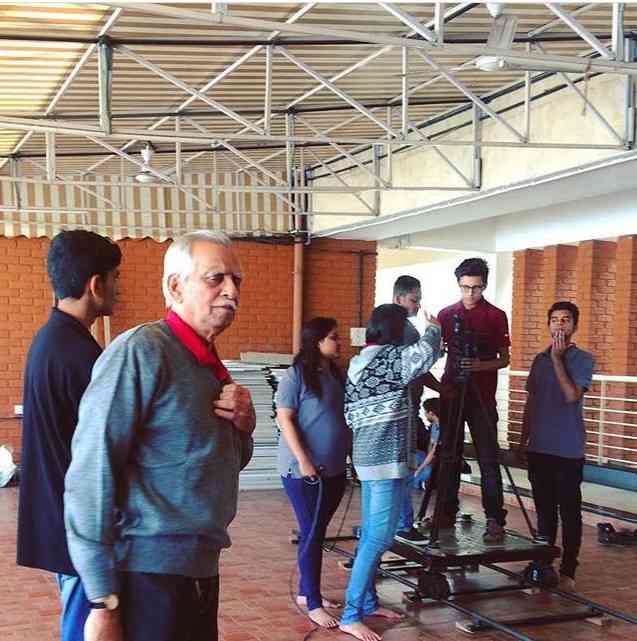 Being at SCMC, means that you not only study films but you are also open to the idea of creating cinema that will change the mindset of Indian audiences.

As a confused 18-year-old, taking up a course that your neighbour’s daughter, your third cousin’s Uncle’s son and your grandfather’s sister’s grandchild hadn’t opted for can cause a bit of a stir in the family. But it wasn’t that big a problem because I had cleared the entrance exam for the best mass communication college in India – the Symbiosis Centre for Media & Communication.

The very first screening that we had in college was an episode from a mini-series called ‘Band of Brothers’, an American war drama, and since then things have looked up for my interest in storytelling and cinema. The first year had us all enthralled with the kind of films and T.V. shows that we had been missing out on for the last 19 years of our existence.

I remember how the batch would be so engrossed while watching BBC’s Planet Earth and how Lucille Ball from ‘I Love Lucy’ held a special place in our hearts almost seven decades after the show’s original release.

We gradually moved on to New Indian Cinema from American Drama and so did our Whatsapp status messages as they changed from charming Mr. Rhett Butler’s iconic dialogue from Gone with the Wind- “Frankly my dear, I don’t give a damn” to quoting an envious husband of Bindu in Shyam Benegal’s Manthan – “Bindu nahi hai, chaali gayi.”

By the end of third year, we were smitten by Naseeruddin Shah, Farooq Sheikh, Om Puri, Girish Karnad, Smita Patil, Deepti Naval, Shabana Azmi and were also thorough with Hitchcock’s classics and Satyajit Ray’s magic. We learnt to fall in love with world cinema as Fellini, Meera Nair, Keislowski and Kurosawa made frequent appearances in our conversations.

By this time, we had also been taught to pay attention to the technicalities in an audio-visual production like the shots, the image sizes, the camera angles, lighting and also the hidden meanings and symbolisms that the filmmaker intentionally incorporated in the film.

The best part about the plethora of films and shows that we have been exposed to is that now we can compare and contrast the plots which were written decades ago to the ones that are being made now, like Sherlock or even Star Wars for that matter!

Being at SCMC, means that you not only study films but you are also open to the idea of creating cinema that will change the mind-set of Indian audiences and help get rid of the stereotypes that plague us.

Here’s to the different forms of storytelling and a new breed of storytellers who work behind the scenes to make the magic unfold on the silver screens!

Article by: Arundhati Bhande (Batch of 2018)

Photograph by: Arundhati Bhande (Batch of 2018)